With fast and convenient charging still a headache for the fully electric car, a hybrid actually makes a lot of sense. ISO is on the road to provide the standards to support it. 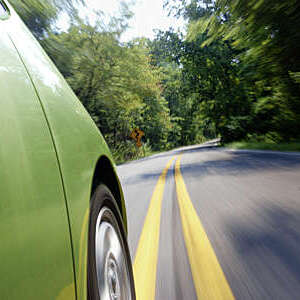 By Kath Lockett
Tagged as

Encouraging more people into electric vehicles is at the heart of governments’ efforts to tackle climate change. That’s because transport accounts for a bulk of the world’s CO2 emissions – more than any other sector. Sales of all hybrid electric vehicles are up, leading to suggestions that we have reached a turning point.

Electric and hybrid vehicles have come a long way since the early 1990s when the first serious attempts at producing such a vehicle were made. Only a few of them were a true success. Since then, electric and hybrid vehicle technology has made some significant progress and these types of vehicles have become cleaner, faster and more efficient. With the sophisticated technology they have at their disposal today, the next challenge is the development of standards that harmonize its use and leverage all the possibilities it has to offer.

The impacts of the recent health crisis on the world have extended far beyond mandatory shutdowns, the challenges of teaching active young children while working from home and looming economic uncertainty. The International Energy Agency found that the fallout from the pandemic led to a 50 % reduction in global transport activity in March 2020 compared to March 2019, with commercial flights dropping more than 75 % in mid-April. Despite this gloomy outlook, a distinctly positive outcome has been the fall in daily global CO2 emissions, with research journal Nature reporting that carbon outputs had decreased by 17 % by early April 2020 compared to the same time last year.

This combination of reduced transportation levels and lower carbon emissions has sharpened our awareness to the importance of hybrid electric vehicles (HEVs). Hybrids combine the advantage of both the internal combustion engine and electric motors that use energy stored in batteries, resulting in less gasoline burned and better fuel economy. ISO is leading the way in developing and publishing standards for HEVs that provide effective guidelines and measures for assessing fuel consumption and emissions. These standards are especially useful because they focus on both externally chargeable (ISO 23274-2) and non-externally chargeable (ISO 23274-1) vehicles.

So at a time when governments are developing programmes and incentives to boost purchases of more environmentally friendly vehicles and maintain the downward trend of CO2 emissions, ISO is perfectly placed to identify improvements in HEV technologies and develop standards and measures that can be adopted by manufacturers and government agencies alike.

ISO’s standards for hybrid electric vehicles are already being referenced all around the world.

An opportunity for cars?

This shared journey has also seen some surprising statistics. While traditional car sales dropped dramatically around the world, HEV sales in Europe and China actually grew during the stay-at-home decrees earlier this year. Reasons for this increase include the renewed focus by the European Union (EU) on reducing CO2 emissions standards for cars and light commercial vehicles. The EU has designated 2020 as the key year to implement tighter emissions standards that reduce new cars’ average CO2 emissions per kilometre driven. Germany, for example, plans to install one million public electric-vehicle charging points as part of its economic recovery programme, having increased its electric vehicle subsidies in February this year. Meanwhile, the French government announced that it would fund grants of up to EUR 7 000 to encourage drivers looking to buy electric vehicles. Experts anticipate that many other countries will soon follow the steps taken by Germany and France.

According to Bloomberg New Energy Finance, car manufacturers will not be daunted by the uncertainty created by the recent pandemic but will continue to work on complying with stricter regulations introduced in Europe and China. The increased government support and incentives will help fuel the move towards purchasing, leasing and driving hybrid electric cars. By 2022, Bloomberg estimates that there will be over five hundred different hybrid electric vehicle models available to buy. With so many options to choose from, it also forecasts that sales of electric vehicles will increase from their current 2.7 % market share to 10 % by 2025 and should be closer to 60 % by 2040, with Chinese and European markets pulling ahead. Conversely, it is thought that traditional internal combustion vehicles hit their peak in 2017 and have now started their sales slide downwards.

Masao Kubodera is a member of ISO’s subcommittee SC 37 on electrically propelled vehicles, which operates under technical committee ISO/TC 22, Road vehicles. Its main areas of standardization are conductive charging systems, wireless power transfer, electric propulsion components and energy consumption. Kubodera’s role at both Honda and the Japan Automobile Research Institute has increased his appreciation of ISO’s ability to plan for future needs and identify standards that are introduced before countries and agencies are ready to develop and apply their own regulations. “The good thing about ISO is that it starts work before regulations are implemented, which allows the regulations to be created based on its standards. This means that the latest and most appropriate technologies and methods will be applied,” he says.

The beauty of hybrid

For non-car experts, defining the differences between hybrid and “ordinary” electric vehicles is an important first step when considering standards and the effective measurement of emissions. “Hybrid electric vehicles have a rechargeable energy storage system that can be charged and then discharged, with the energy being used for propulsion or moving the car. This type of vehicle runs on an electric motor with the electricity being generated by an internal combustion engine. Electric vehicles, on the other hand, run only on electricity charged directly from the grid,” Kubodera explains.

In a traditional internal combustion engine (ICE) vehicle, the energy of the fuel charged from outside is converted to mechanical energy by the engine to accelerate it and is decelerated by the braking device. In hybrid electric vehicles, the electric motor is the generator and not a braking device; it recovers kinetic energy (energy from motion) as electric energy. By using this energy to accelerate, it reduces the fuel consumption of ICEs and resulting CO2 emissions.

That’s an extremely important outcome, yet despite these environmental benefits, reducing CO2 emissions is not the only reason why people are turning to hybrid electric vehicles. Originally, the price tag of an HEV meant that it was not just seen as a responsible form of transport but as a way to show off one’s wealth, writes French journalist Frédéric Filloux, since the cost significantly outweighed that of traditional vehicles and was beyond the reach of most drivers. Kubodera agrees: “In addition to affordability, in order to really popularize electric vehicles, there will always be a need to focus on improved performance and measurement and to ensure that governments around the world create subsidies and policies that encourage their purchase and use.”

Where in the world…?

Providing guarantees of measurement and performance, standardization can make a solid contribution to the worldwide acceptance of electric mobility. ISO’s standards for hybrid electric vehicles are already being referenced all around the world. The Philippines, for example, has a ten-year plan to boost production, local market opportunities and technology upgrades to increase the number of HEVs it has on its roads. The government reports that it is currently working with 28 companies, including 11 parts and components manufacturers and seven importers, with ISO 23274-1 (non-externally chargeable vehicles) and ISO 23274-2 (externally chargeable vehicles) being a key factor in its programme.

Yet, in order to transition from internal combustion engines to electrified vehicles, governments need a long-term vision and a robust portfolio of policy measures, including new fiscal schemes to make up for lost fuel tax revenues, states the Global EV Outlook 2020, the flagship publication of the Electric Vehicles Initiative, a multi-government policy forum dedicated to accelerating the introduction and adoption of electric vehicles. India is currently the fourth largest ICE-based car maker, with its purchase rates bucking the declining trends experienced by the rest of the world thanks to a sales peak in 2018. According to a technical study conducted by Ernst & Young, the Indian government intends to address the country’s rising levels of pollution, population needs and high crude oil imports by creating solutions for sustainable vehicles and travel. ISO standards for HEVs also play a crucial part in their plans.

Following China’s lead, the EU market for electric road vehicles has grown significantly in recent years, largely dependent on standards and support policies. In its February 2020 white paper, the International Council on Clean Transportation noted that both regions are doing well because they have “a broad mix of policies across government levels [that can] overcome the key barriers of electric vehicle affordability, convenience and awareness”. Leading the way for Europe, Norway aims to sell only zero-emissions vehicles by 2025. Today, the country already counts more than one in ten HEVs on the road, with 50 % of imported vehicles having a plug and the ability to run on grid electricity. Its neighbours Denmark and Sweden have both resolved to phase out the manufacture and sale of ICE vehicles after 2030 and the United Kingdom has set a similar goal for 2035.

Technological advances and societal changes have triggered a drastic evolution in mobility. Stricter emissions regulations, lower battery costs and more widely available charging infrastructure will help to create momentum for the penetration of electrified vehicles in the market. As for the speed of adoption, it will be determined by consumer pull and regulatory push, backed by the availability of International Standards. ISO has an important role to play in supporting the transition to smarter, more sustainable vehicles. But with so many countries, governments and manufacturers now on board, the potential is there for even more productive and safer partnerships in the world of environmentally sustainable HEVs.

Technological advances and societal changes have triggered a drastic evolution in mobility.