Your gateway to International Standards 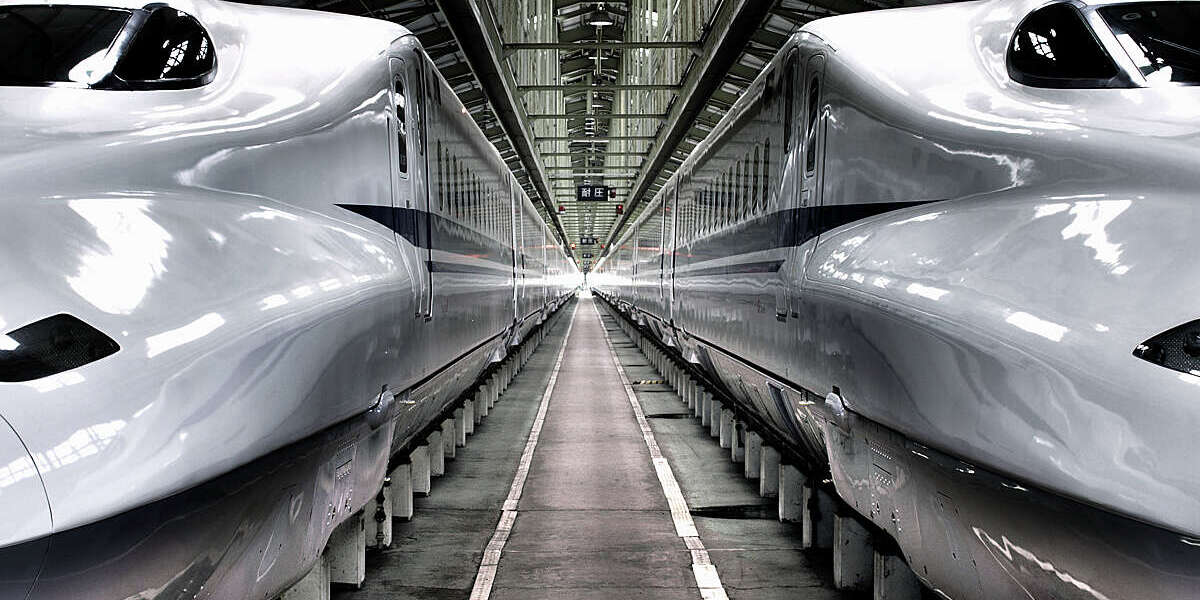 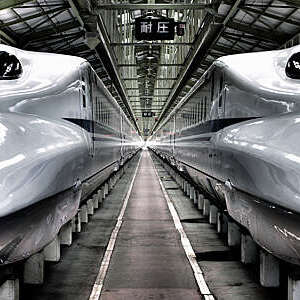 The effect of an earthquake on a moving train depends on both the earthquake and the train.

Safety, security, convenience and the passenger experience have long been priorities of the railway sector, and looking forward, it is expected for this to continue. It goes without saying that security and the role of technology in keeping passengers safe will continue to be a big issue. This is particularly true when it comes to earthquakes.

We’ve seen in the past that a railway system impacted by earthquakes can cause critical damage, and, more importantly, great sorrow. Take, for instance, the massive earthquake of 8.9 magnitude that hit mainland Japan on 11 March 2011. Various kinds of solutions have been executed based on previous experiences of disasters and accidents. So what are the lessons learned from such phenomena?

ISOfocus sat down with Roberto Previati, who is pioneering this work in technical committee ISO/TC 269, Railway applications, subcommittee SC 3, Operations and services, as its Chair, to discuss why railway is getting it right with new earthquake-resistant standards and what ISO standards will bring for the future of rail transport – earthquake or not

What improvements are being implemented to increase railway safety and efficiency, for instance during an earthquake?

It is worth reminding that earthquakes affect all modes of transport, but most notably railway service networks. With the United Nations-sponsored Global Seismic Hazard Assessment Program, an international project was designed to help countries prepare for future earthquakes and take steps to mitigate potential damage and reduce injury and deaths. For the first time, we were able to assemble a consistent worldwide map of earthquake zones. Assembled by a team of scientists, it provides the “magnitude” of the earthquake issue that many countries face all over the world.

How to address an earthquake has always been a major concern for the railway system. In fact, the subject has long been on the rail radar in ISO/TC 269 for railway applications, but it became centre stage when a new work item proposal (NWIP) on earthquake risk assessment was submitted by JISC, ISO’s member for Japan. Designed to help and support the rail network and its stakeholders, including authorities, infrastructure managers and railway supervisors, the standard, which was published earlier this year, gives a set of procedures to ensure that all the risks, during and after an earthquake-shaking occurrence, have been considered, assessed and mitigated.

ISO 22888, Railway applications – Concepts and basic requirements for the planning of railway operation in the event of earthquakes, provides the means and basic requirements for planning railway operations in order to reduce the risks in the event of an earthquake. Its aim is to mitigate the adverse effects, including damages, injuries and fatalities, on train services, which results from adequate control of train running during a seismic incident, and to predict operations and reduction of downtime, both of which are facilitated by adequate inspection and early operation. 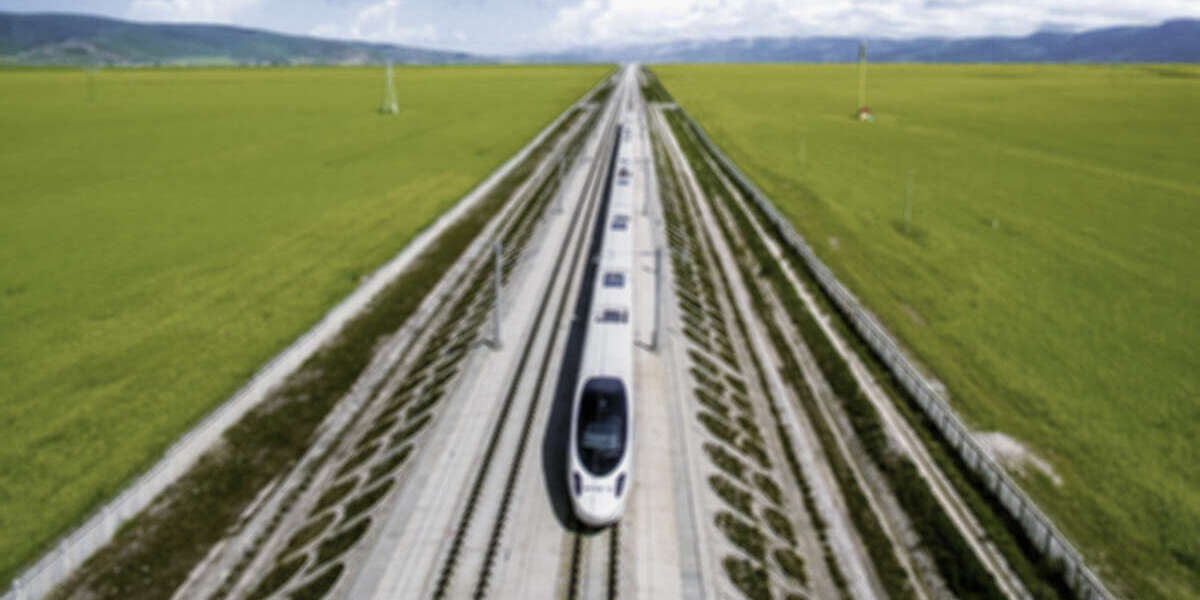 What is your vision for the recently published ISO 22888?

Although most transport systems may be affected in the event of an earthquake, railway systems are much more vulnerable due to their complexity. Not only can railway services be jeopardized, but certain services such as high-speed trains can suffer potentially catastrophic consequences.

As some readers might be aware, there has been an impressive development of high-speed networks in the last 20 years all over the world, hence new and/or updated measures have to be put in place to cope with an eventual earthquake. ISO 22888 was born out of this need in the hope that it will allow the most appropriate countermeasures to be chosen for each railway line by taking into account the seismicity, ground condition, structural conditions and level of traffic.

How can ISO standards help to overcome any potential barriers?

Our world is getting progressively smaller thanks to the power of digitalization and new interconnected networks, as high-speed trains deliver more passengers to their destinations faster than ever before. More recently, the current sanitary emergency demonstrates that our world has become the “common home of the citizens”. In this global village, standardized strategies will have some significant benefits.

Globally speaking, the positive effects of standardization are well known and recognized. As part of a transport innovation policy, standards promote cutting-edge and sustainable technical solutions for the railway industry – from digital communications to electrification schemes – that will help to increase its competitiveness in years to come. ISO standards are therefore a powerful means of removing any “barriers” that may have existed for a long time and are still present in some cases.

We are witnessing a revival in railway, for both commuters and freight. What are the trends to look out for in the coming years?

It is well known that, all over the world, the railway systems, including urban transport, are seeing prominent and huge investments in order to improve railway services. It is worth mentioning that the European Commission has proposed designating 2021 as the “European Year of Railways” to support the achievement of the objectives of the European Green Deal in the transport sector. It will promote railways as a sustainable, innovative and safe mode of transport in 2021 and, in so doing, highlight the benefits generated for its citizens, the economy and, above all, the climate. Even in the US where, traditionally, air transport has always prevailed over rail, significant investments have been launched to improve the railway systems.

Let’s also remember the role that the railroad network has played in the current development of China, which, in the last 20 years, has come to cover 139 000 km, of which 35 000 with high-speed lines – that’s 5 000 km more than those estimated in the 2020 plan (30 000 km). Moreover, in April 2020, the first full-length container trains started their scheduled runs between China and Europe. Since then, 17 trains in total have been handled on the network.

It is certainly not a coincidence that ISO 22888 was proposed by Japan, a country where the railway system is acknowledged for its efficiency, capacity, punctuality and technology through continuous improvements. Its high-speed trains – and technological innovations – are known the world over. Take, for instance, the grand opening in 1964 of the first Shinkansen line between Tokyo and Shin-Osaka. Since then, the high-speed lines, together with even conventional railway services, have been developed extensively.

What are your goals and hopes for the future of safe railway applications and the development of such standards?

Undeniably, standards are a powerful means to foster the liberalization, interoperability, digitalization and sustainability of the railway sector. These will provide a valuable advantage to consumers in terms of accessible prices, reduced pollution and increased comfort.

ISO/TC 269 works with other ISO committees to contribute to the rail cause, including ISO/TC 268 and ISO/TC 204. These committees are dealing with topics such as smart cities, intelligent transport systems and digitalization, which will enable increasingly integrated services for consumers. Together, we’ll make the global railway transport system work better for every citizen in every country around the world.

Last, but not least, we’re looking at the “green deal”, the new frontier which envisages the “zero climate impact by 2050”. This could leverage standardization to support the ambitious plans aimed to provide solutions for the climate, smart mobility, zero pollution and alternative energy sources (e.g. hydrogen, batteries, hybrid, etc.).

Without doubt, the future of rail is going to be elevated as a mode of transport that reduces the energy use and environmental impacts associated with transport. Whatever happens, passengers are on track to benefit from standards.

As technology advances and industry dynamics evolve, more and more maritime businesses are focusing their time, energy and resources on digitalization. Technological advances are expected to make shipping – and the whole supply chain – much more efficient for the more than 11 billion tonnes of goods that are traded annually by sea across the globe. This move will have numerous benefits for trading, safety, security and the environment, with ISO standards playing a key role in this process.