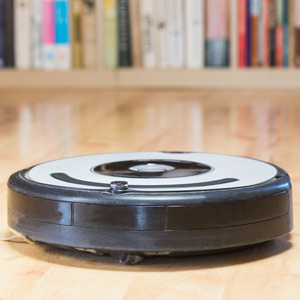 We can no longer envision a world without computers or the Internet, but in 2017 this is old news. Much more exciting developments are in the pipeline. From virtual reality to artificial intelligence, if we are to be ready for what is to come, we must first understand how we got here, and acknowledge the silent game changers that paved the way.

It’s as close as we will get to real-life magic: our very own superpower to turn dreams into realities. Technology is how we push past natural limitations to transform our lives and the world. The sky and the deepest oceans are no longer out of reach. With technology we can go further and higher. We can make more with less. It is a powerful weapon against disease and disability. It can mean comfort, safety and connection, and, in some cases, destruction.

Our relationship with technology began when humans first turned natural resources into basic tools. But what is unprece­dented today is the speed of innovative breakthroughs, which have been gaining momentum and evolving to dramatically change the way we live. For example, with the advancement of additive manufacturing – best known to the lay person as 3D printing – some parents of children with missing limbs have been able to “print” simple prosthetics from the comfort of their homes at a fraction of the price and time. 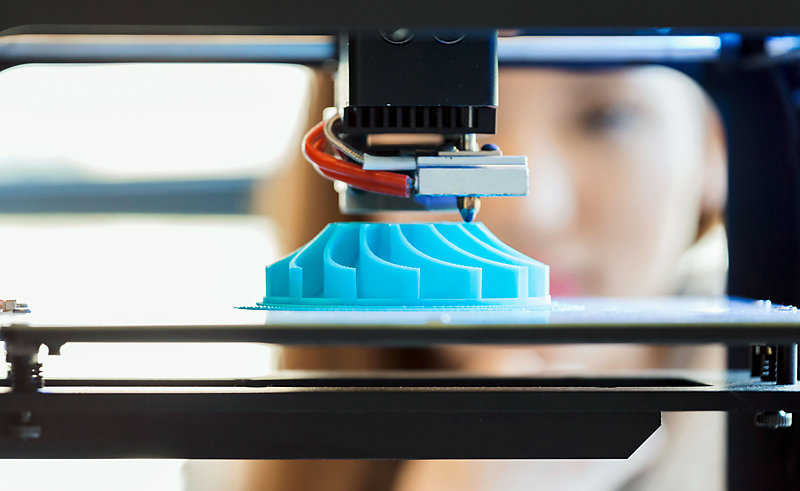 A UK-based start-up called Open Bionics recently took this to another level with a prototype for a 3D-printed functioning bionic hand that will dramatically bring down the prohibitive cost of this life-changing device.

The technology of our sci-fi novels is finally taking off. Only last year, the Solar Impulse aircraft proved that it is possible to fly around the world with the power of the sun. And Facebook made headlines when it announced that it is working on a way for us to operate our smartphones with the power of our minds. So what’s next?

It’s becoming harder to imagine that there is anything that we cannot achieve if we’re given enough time. Which makes us wonder: How is our relationship with technology changing? What are the consequences for people? Has access to technology become a human right? Before any of these can be answered, we must understand how we got here in the first place.

Interestingly, the advent of International Standards played an unexpected part in this high-tech boom. Without the solid base they provided for healthy and successful innovation, it would have taken us much longer to get to where we are today. Take two of the most basic benefits of standardization – compatibility and interoperability. These are what allow credit cards to be read by any machine around the world, computer files to be understood by different programmes, and devices to connect with other devices. Without them, new technologies would not work with existing technologies, the Internet of Things would not be possible, and the adoption of grid-based innovations, like electric cars, would be much more complex.

Of course, humans have been relying on standard measurements, processes, and technology in general, since ancient times. But when ISO came into being 70 years ago, something unique happened. For the first time, standards on several technical fields – from screws to aircraft – were being consistently developed with the best expertise the world had to offer, and subsequently adopted at a global level. Hence the scale of their benefits was multiplied exponentially and it became possible to pool together research, talent and capacity from all corners of the world. 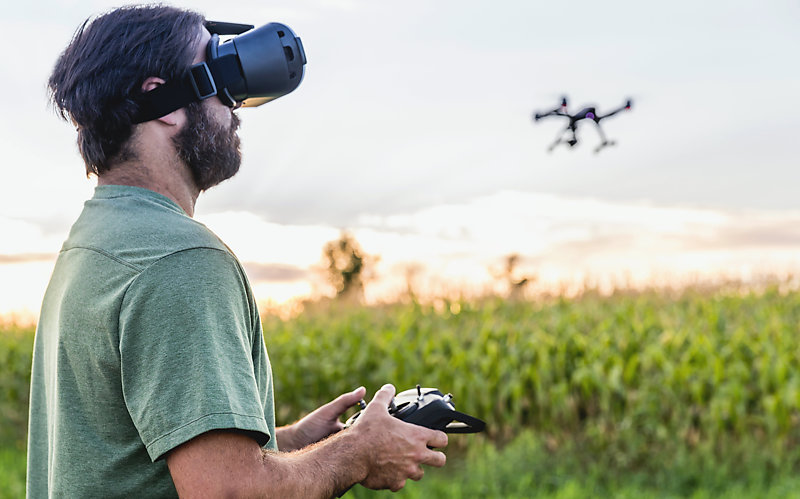 From the beginning, ISO did not work in a vacuum. It was set up as a network of national standards bodies and has always worked closely with international organizations and other key stakeholders. Its partnership with the International Electrotechnical Commission (IEC), for example, gave birth to one of the largest and most prolific committees for technology standards, namely ISO/IEC JTC 1, Information technology.

In fact, the earliest ISO committees were predominantly technology-related and, because standards made it easier to specialize on parts and applications, manufacturers did not have to build their entire product from scratch. A vehicle producer, for example, could outsource its tyres, thereby reducing costs and streamlining investments. From nuts and bolts, to cars and ships, International Standards have always reflected the technology of their times and supported the development of mass production and economies of scale.

Today, shared knowledge, like that found in standards, and open systems have diversified and democratized innovation. Take smartphones as an example. Ready-made operating systems (OS) such as Android allow phone manufacturers to focus their resources on hardware. Developers no longer need to think which tools we may want on our device as anyone can create an application for us to download, be it a flashlight, an altimeter or even a GPS speaking in Arnold Schwarzenegger’s voice.

Of course, this is only possible when OS developers release the application programme interface (API), which offers a common language that everyone can use. The idea of a shared language is also at the heart of standardization, so much so that there are hundreds of ISO standards dedicated to terminology, vocabulary and unified measurements. This might not sound revolutionary, but can you imagine international collaboration without such standards? In 1999, NASA lost a Mars orbiter worth USD 125 million because a partner engineering team used imperial units while the space agency relied on the metric system. The device exploded in mid-air soon after launch. The consequences of not being on the same page can be catastrophic.

And yet we are still only scratching the surface of how ISO standards can fuel innovation. For standards allow plenty of scope for originality, while enabling reprodu­cibility, maintaining quality and ensuring safety.

When nanotechnology first became popular in the 1980s all the way to the early 21st century, it caused a great deal of controversy and fear. This uncertainty often makes investors wary of unknown technologies, but ISO stand­ards can allay some of these doubts and bolster trust by setting parameters to guide safety and test quality. The group of experts in ISO/TC 229, Nanotechnologies, have been working on such standards for some time.

Likewise, and despite its great potential, the so-called 3D-printing industry is still struggling to compete with the accuracy of traditional manufacturing. For Jörg Lenz, Chair of ISO/TC 261 on additive manufacturing, “the industry really needs International Standards to provide clarity and dispel concerns, to provide reliability, acceptance and safety, and to further push the technology in the market”. International Standards can help guarantee a level of reproducibility and give business and manufacturers some much needed assurance. 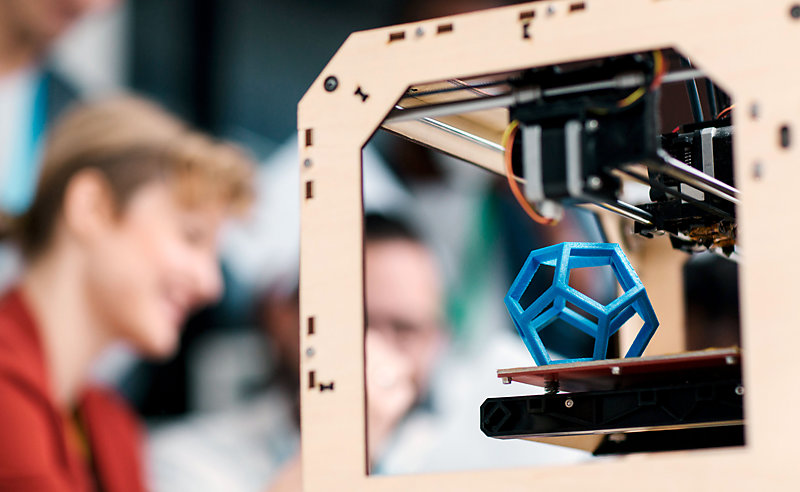 If standards development is left too late, however, we risk the emergence of parallel systems, added complexity and unnecessary waste. Of course, all standards need to maintain a level of flexibility, and adapt as the technology evolves, to avoid hindering the innovation process. One area that is prone to suffer from this void is that of unmanned aircraft systems (UAS) – sometimes called drones – which are appearing on the horizon in all sectors from agriculture to pizza delivery.

At the moment, there are very few uniform design stand­ards, rules and regulations for communication protocols, navigation and control. Cortney Robinson, Director of Civil Aviation Infrastructure at the Aerospace Industries Association in the USA, believes that if we don’t do something now, the complexity of this situation will only increase in the course of time and potentially diminish the net societal benefits.

As growing numbers of UAS share the same airspace as traditional, manned aircraft, we need to make sure they won’t pose a serious risk to people, property, or other aircraft.  “International Standards are critical in creating the global commercial market for drones… while maintaining safety and increasing airspace efficiency,” explains Cortney. By sharing knowledge, ISO standards for drones will also encourage more innovators to get involved, which means the technology will evolve faster. This is also good news for consumers, for whom more competition means lower costs, as well as for regulators, who can reduce any regulatory overreach and the strain on their resources by relying on industry standards.

Another advantage of standardization is market access. When robotics venture CYBERDYNE first started working on next-generation cyborg-type robots for workers and caregivers, it was among the first to comply with the safety requirements of ISO 13482 in the early stages of the design process. The company knew this standard for personal care robots would reassure potential users, making it easier to distribute its product. “ISO is very important for promoting new designs,” said CYBERDYNE’s CEO, Prof. Yoshiyuki Sankai, “we couldn’t have done it without ISO”.

By offering the foundation and added layer of confidence that help our greatest minds probe the limits of innovation and science, standards have

been the silent game changers of this tech revolution. André Borschberg, co-pilot of the Solar Impulse flight, says of his round-the-world expedition powered by the sun’s energy: “The Wright brothers did not have the benefits of standards… If they would have had them, I’m sure they could have done it quicker. And maybe they could have gone further. That is what we do today and that is the reason why we progress.”

Going forward, innovators will continue to mould and change our world at an ever increasing pace. But whatever we do, we must resist falling into the trap of “technology for technology’s sake” or limiting its reach to the “happy few”. International Standards have an invaluable role to play as they raise the important questions around safety, sustainability, environmental impact, and perhaps even human cost. By encouraging healthy competition and bringing down costs, standards will ensure that technology remains accessible to the greater number, so that a significant part of humanity is not left behind. We must not lose sight of the fact that, at the heart of innovation, there are people trying to make lives better. Let us not turn these dreams into nightmares.

From the birth of the first ISO standard to our emblematic management systems standards, we look back at ISO’s 70-year journey and some of the formative events that shaped its history.