ISO/TC 251 has held its fourth meeting in March 2017 in Brisbane, Australia. Following the October 2016 meeting two new work item proposals had been launched, along with a ballot on a Committee Draft for the revision of ISO 55002 Asset management -- Management systems -- Guidelines for the application of ISO 55001. The new work item proposals concerned the development of ISO/TS 55010 Guidance on alignment of asset management, finance and accounting and ISO 55011 Guidance on the development of government asset management policy.

The ballots for the new work item proposals and ISO/CD 55002 had returned good majorities and were all approved.

The TC had also released a number of feedback surveys on its standards prior to the meeting, but had received relatively few responses. These would be analysed by WG4.

The 4th meeting noted that the membership of the TC continues to grow, so that it now has 30 P-members (increase of 1), 13 O-members (no change) and 25 Liaisons. 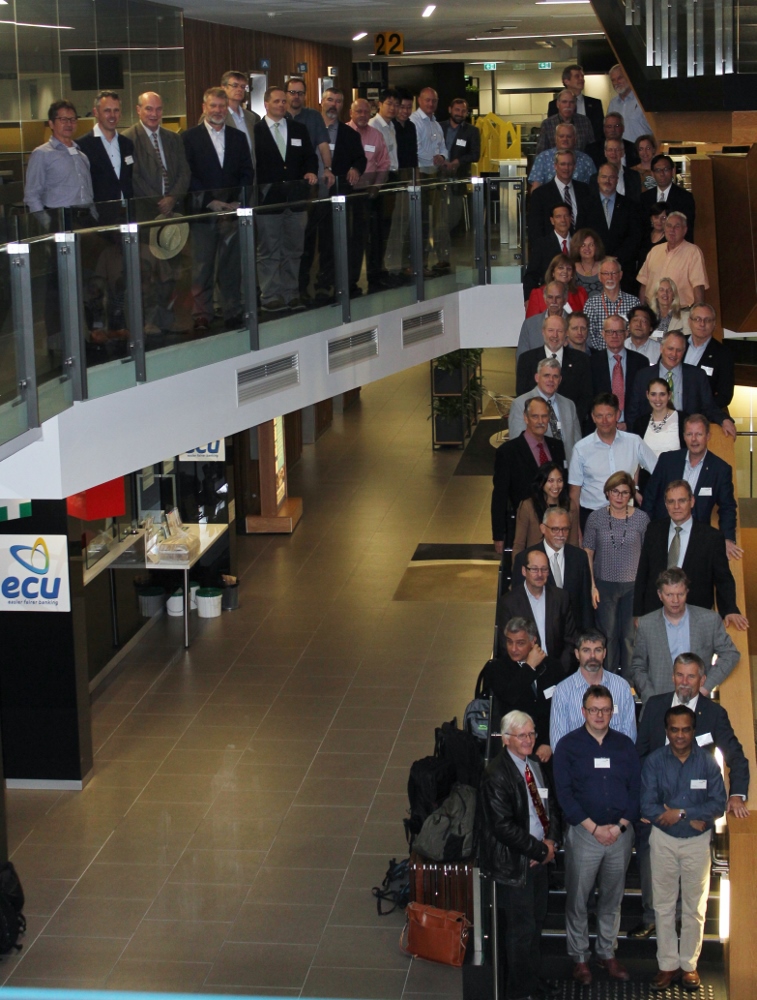 Delegates at the meeting

An unexpected event during the meeting was the arrival of Cyclone Debbie. While the cyclone had initially made landfall a long way north, it had then swirled south and passed directly over Brisbane.

For safety reasons, everyone was warned to stay indoors on Thursday 30th March and not to venture from their hotels. Fortunately, by using webinars, the WGs were able to continue working electronically, with only limited disruption to their activities. 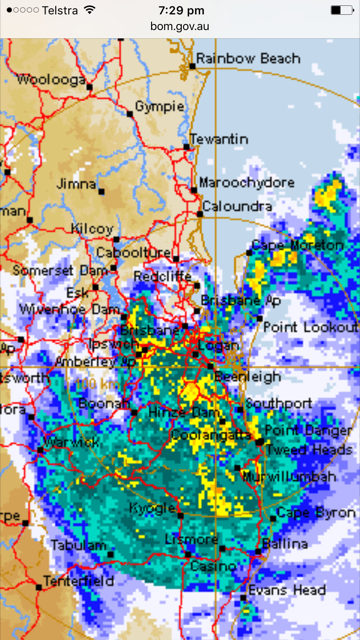 The TC was delighted to receive the news the following morning that everyone was unharmed and the Energy Queensland's offices were not in any way damaged, so that the meeting could resume there.

At its opening plenary meeting, the TC received a liaison report from ISO/TC267 Facility Management presented by Mr Ballesty. He detailed the work of TC267, particularly the development of ISO 41001 Facility management (FM)- Management systems – Requirements with guidance for use. He advised that the two TCs share a number of common areas of interest and should work together to avoid duplication or contradiction between their respective standards; they should also work together to enhance and leverage the benefits from their respective and complimentary standards.

The Secretary gave a report on the recent activities of the ISO/TMB/TAG13 Joint Technical Advisory Group on Management System Standards (the JTCG), and its Task Group (TG) 5 on the development of the ISO Handbook on the Integrated Use of Management System Standards (the IUMSS). He advised that the JTCG had held a meeting at the start of March where it had agreed to launch a formal review of the Annex SL “High Level structure” for management system standards which will be circulated to national standards bodies later during 2017. It had noted that a draft of the IUMSS handbook will be circulated to the JTCG's members for review in August, for the return of comments by September, to enable the work on the Handbook to be completed before the end of the year.

a) WG3 Communications reported that:

b) WG4 Product Improvement reported that:

The TC received an offer to host its next meeting in Paris, France, during 5 – 9 February 2018.

Specific thanks are owed to Rob Fedrick and Margaret Leyden (from Energex), David Daines (from the Asset Management Council) and Agnes Simai (from Standards Australia), for their exceptional efforts in planning, organizing, and supporting the meeting.