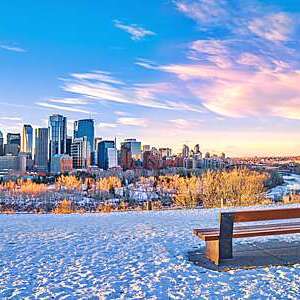 After lengthy wrangling, the COP26 climate summit ended with 197 parties agreeing to the new Glasgow Climate Pact. It will get countries to strengthen their CO2 emissions-cutting targets for 2030 by the end of next year, and formally recognize the need to reduce global greenhouse gas emissions by a massive 45 % by 2030.

After the decisions were agreed at the November 2021 Conference, COP26 President Alok Sharma told the climate summit that the target of keeping global warming to within 1.5 °C “will only survive if we keep our promises, if we translate commitments into rapid action”.

The measurement of promises and action in the fight against climate change is built on data. However, according to many observers, the data the world is relying on is inaccurate, either wilfully or simply because there is a lack of standards on how to report the facts on CO2 emissions and their absorption.

An investigation by the Washington Post newspaper published during COP26 found that “many countries underreport their greenhouse gas emissions in their reports to the United Nations… [there is] a giant gap between what nations declare their emissions to be versus the greenhouse gases they are sending into the atmosphere. The gap ranges from at least 8.5 billion to as high as 13.3 billion tonnes a year of underreported emissions – big enough to move the needle on how much the Earth will warm.”

With no globally agreed system for measuring carbon emissions, the door is left open for countries to misrepresent the size of both their problems and solutions. Standards can help close that door by ensuring ongoing, accurate measurement of real progress in the fight against climate change.

A surplus of confusion

Speaking at COP26, United Nations Secretary-General António Guterres warned that “there is a deficit of credibility and a surplus of confusion over emissions reductions and net-zero targets, with different meanings and different metrics.”

Sheila Leggett, Chair of ISO’s environmental management committee, says that now is the time to forge the way forward towards climate change solutions and ensure promises are kept based on reliable and consistent data. “I believe the UN Secretary-General was referring to what I’ve been observing in the marketplace,” said Leggett. “There have been a plethora of standards emerging from a variety of sources and there’s a lack of standardization in terms of definitions and metrics.”

The role of standards

The ISO 1406x series of standards for assessing, validating and verifying greenhouse gas emissions apply the principle that, in order to control an activity, we first need to measure it. They are founded on ISO’s overarching principles of harmonization, consistency, comparability, traceability and, above all, validity.

“International Standards are key in my view to providing all global participants with a reliable, repeatable way to report metrics associated with climate change data,” said Leggett. “Repeatability is a core aspect of being able to track the data from year to year in order to understand where we are at compared to where we need to be. This allows for re-calibration along the journey, rather than waiting decades to determine if we’ve been successful in our mission.”

Without consistency and validity, it is impossible for the world to come up with comparable measurements of greenhouse gas emissions, and their absorption. “It is critical that climate data reporting is consistent across the world if we are to actively chart our progress. International Standards provide the framework for this outcome,” said Leggett.

The benefit of ISO standards is that they have been derived by experts throughout the world, in both developing and developed countries, and are approved by consensus. Leggett adds: “In my opinion, this provides as broad an input as possible into expert-derived standards. Both the depth of expertise and the breadth of representation at the table during the formation and ultimate approval of these standards are important aspects of finding our way to a global approach to the measurement of climate change.”

Daniel Trillos, who is Twinned Chair of ISO’s environmental management committee, also highlighted the need for everyone around the world to be “on the same page, using the same methods to report their environmental activity”.

“Without this consistency, it is impossible to have accurate data to set benchmarks, targets and see what is and isn’t working. This is clearly a significant barrier to reaching climate goals,” Trillos told COP26 at the International Chamber of Commerce Forum.