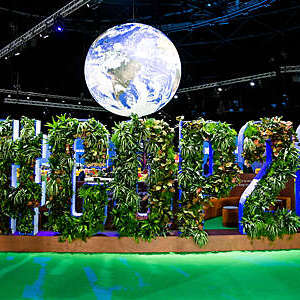 Yet International Standards exist that represent worldwide consensus on the best way for this to be done. The comments follow recommendations by the United Nations Secretary-General that standards be used to achieve net-zero targets. The appeal also echoes calls by ISO Deputy Secretary-General Silvio Dulinsky at COP26 last week, where he advocated the common use of International Standards. He urged countries to use measurement and reporting standards created by the leading minds of the world and developed through consensus.

Daniel Trillos, who is Vice-Chair of ISO’s technical committee on environmental management, was speaking today at COP26 at the International Chamber of Commerce Forum: “Building a net-zero and resilient economy – The developing role of International Standards”. He said huge discrepancies between reported and actual data, such as those highlighted by the Washington Post, can and must be avoided if we are to bring carbon emissions down.

“It is imperative that every organization in every country is on the same page, using the same methods to report their environmental activity,” he said.

“Without this consistency, it is impossible to have accurate data to set benchmarks, targets and see what is and isn’t working. This is clearly a significant barrier to reaching climate goals.”

ISO has standards that provide this consistency, including the ISO 1406x series on greenhouse gas emissions reporting and validating and verifying environmental information and ISO 14097, which provides a framework for assessing and reporting investments and financing activities related to climate change.

“ISO standards in this field have been adopted by many countries around the world as they represent international consensus and collaboration. It is only through such consensus that we can ever hope to tackle international challenges such as climate change,” said Trillos.