November 2020 marks ten years since the publication of a ground-breaking International Standard for social responsibility. 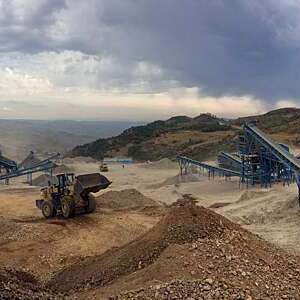 By Barnaby Lewis
Tagged as

The development of ISO 26000 was a standardization project of unusually large scope, representing an ambitious addition to a catalogue of standards addressing environmental management and sustainability. That journey began with ISO 14001, which further broadened the scope of ISO's work from the industrial, technical and quality standards for which it's best known. Wide participation was integral to the concept of developing a new International Standard that could be applied to almost every sector imaginable.

The result was a specialized project committee that would draw on the combined knowledge and input of more than 500 global experts. Around 80 countries contributed, together with bodies like the International Organization of Employers and consumer groups. When it was published in November 2010, ISO 26000 set new firsts, both for consensus building in standardization, and a comprehensive set of guidelines that increased engagement and recognition of social responsibility.

Adrian Henriques is a sustainability consultant who's worked with multinational companies and international organizations. He was also directly involved in the development of ISO 26000 through ISO's UK member, BSI. An expert on social responsibility, Adrian is clear that one of the keys to the success of the ISO standard for social responsibility is in its acceptance by the key organizations who work in the same space.

To ensure consistency around the time of its launch, ISO entered into special agreements with the ILO, the Global Compact, the GRI and the OECD. As a result, ISO 26000 was probably the most inclusive sustainability standard for the issues it covered.

guidance needed more than ever

ISO 26000 gives guidance, not requirements. It can't be certified to, but companies and other organizations can use it as a framework to query and improve their approach to social responsibility, disclosing data and reporting on how they are using the standard to commit to real change. The subjects at the core of ISO 26000 have influenced the way that companies do business, how they treat their employees and how they assess and limit the impact of their activities. While society has made progress in many areas over the last decade, the guidance of ISO 26000 remains relevant to addressing today's challenges. With many being forced to reassess the way that they do business in the light of COVID-19, the importance of social responsibility has come to the fore as a component of building a more resilient and more equitable society. The guidance of ISO 26000 is needed more than ever when it comes to implementing a recognized approach to

10 years of human rights at the core of social responsibility

ISO 26000, the International Standard for social responsibility, is one of the most widely used and recognized ISO standards. 2020 marks ten years since its first publication. Since that time, it’s been helping to integrate the UN Guiding Principles on Business and Human Rights by providing guidance to those who want to contribute more to sustainable development. Over the last decade, ISO 26000 has established itself as more than just the “right thing” to do. The ground-breaking ISO standard is increasingly seen as a way of assessing an organization’s commitment to sustainable development, including human rights, at the same time as improving its overall performance. Importantly, human rights are highlighted both as a principle and a core subject of ISO 26000, which helps identify human rights risks situations, and gives guidance on due diligence and grievance resolution.

The standard was launched in 2010 following five years of focussed negotiation between many different stakeholders across the world. More than five hundred experts, including representatives from government, NGOs, industry, consumer groups and labour organizations around the world were involved in its development, which means it represents an international consensus. Both Dante Pesce, Vice-Chair of the UN Working Group on Business and Human Rights, and Staffan Söderberg, Vice-Chair of the ISO working group that developed ISO 26000, point out that the standard has helped many understand that human rights are key to any business or organization that wants to contribute to sustainable development.

Since publication ten years ago the standard has been adopted by more than 80 countries, most of which are developing countries, and we see how it has inspired public policy and businesses in Indonesia, Chile, India, China, Japan, the United Kingdom, Korea, the European Union among others.

Find out more about ISO 26000 and our other popular standards.