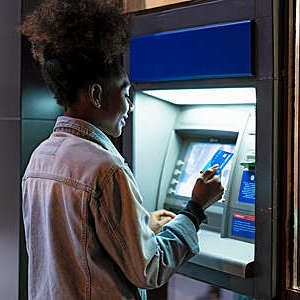 The global financial system is currently undergoing its most far-reaching transformation in recent history as new market infrastructure, such as instant payment platforms, is being implemented worldwide. Underpinning these developments is ISO 20022, an international messaging standard that promises to be a game changer in payments.

The movement of goods and people is fundamental to global trade and is one of the areas where International Standards excel. From containers in which to pack goods, to electronic systems that identify contents and help with customs clearance, the headaches of moving stuff around are substantially reduced by standards. But the other half of the economic equation involves moving money, and this presents a whole different set of problems. Once again, ISO standards provide a solution.

In this ISOfocus dedicated to finance, we are looking at new technologies, including cryptocurrencies, that can circumvent some of the issues associated with transferring conventional fiat money. But they don’t work for everyone, and as you’ll see elsewhere in this issue, they do come with their own problems.

People have been sending money, and other objects of value, to each other across great distances and even national boundaries for centuries. The earliest systems were established along the Silk Road over a thousand years ago and relied on a network of people who knew each other, at least by reputation.

Simply put, a person in one place who wanted to send things of value, such as coins, to a distant partner would approach an agent in their own region and explain how much they wanted to send, to whom and where. The sum would then be entrusted to this transfer agent, who would reach out to his network of fellow brokers and couriers. In many cases, multiple parties would become involved in a chain established through meetings and written notes that would end with the person receiving their payment.

Each step along the way required trust built on an established reputation and paid for in the form of a commission. This type of system is widely known as hawala in the Islamic world and continues to this day. Economists might classify hawala as an “informal” value transfer system, but that name can be misleading. It may not use the same sort of corporate structures and financial instruments as western systems, but it is highly organized, has stood the test of time and is trusted and widely used today. In fact, millions of migrant workers rely on hawala to send money back home to their families, particularly in countries where banking infrastructure is less developed, or has been wiped out through disaster.

Down to the wire

It was only at the end of the 18th century that a system for sending money was created within the western banking model. This began with money orders, which were effectively promissory notes that could be exchanged and redeemed between specified parties. The broker in the middle would typically be an institution, rather than a network of individuals.

The system was established in the United Kingdom where, in later times, post offices fulfilled the role of issuer and broker of the arrangement. It is their involvement, and evolution of the system, that gives rise to the name “postal order” for this type of transfer. Like hawala, the system is still in use today and is invaluable for those who don’t have a bank account. And like hawala, the central element is trust. All parties must be confident that the instruction given will be clearly understood, reliably transmitted and the payment honoured.

Despite significant operational differences between systems, these same principles are essential to any successful money transfer system, as I learnt when I spoke to Karin Deridder, Head of Standards Development at SWIFT, an organization that facilitates more than ten billion successful financial transactions each year.

The rise of SWIFT

Karin started out giving me some much needed background. SWIFT, whose name is an acronym for the Society for Worldwide Interbank Financial Telecommunication, is a global organization based in Belgium that has established a network to enable financial institutions around the world to send and receive information about transactions in a secure, standardized and reliable way. It came in to being when existing systems such as money orders and, later, wire transfers just couldn’t keep up with the pace of post-industrial finance.

Asked about the role of standards, Karin is clear that things simply couldn’t function without them. “Since its inception in the 1970s, standards have been an essential component of SWIFT’s way of working.” As such, SWIFT has a close working relationship with ISO, acting as the Registration Authority (RA) [1]. for ISO 13616 (which covers International Bank Account Numbers [IBAN]), ISO 10383 (which defines Market Identifier Codes [MIC]), ISO 9362 (which defines Business Identifier Codes [BIC]), ISO 15022 (which covers securities) as well as ISO 20022 (which defines how financial messages are structured).

The benefits are widespread, as Karin explains: “All these standards are important to SWIFT’s customers as they increase operational efficiency and straight-through processing (whereby electronic data for settling payments can be transferred directly from one party to another, reducing errors and work replication).”

SWIFT, together with hundreds of other financial organizations, recognizes that the predictability and consistency offered by standards is essential to secure and trusted transactions. And with the volume and complexity of these transactions increasing, they work closely with ISO to keep standards in line with market practices and new business requirements, including regulatory ones. ISOfocus looks at one of the most talked about finance standards, the ISO 20022 series, which defines a universal financial industry message scheme.

To industry insiders, “migration” is the term most commonly associated with ISO 20022. But it’s not the whimsical notion of money moving from place to place, so much as the process of changing systems from SWIFT’s proprietary MT (Message Type) standard to ISO 20022 for cross-border payments and reporting, and implementing procedures that will take advantage of the full range of capabilities offered by ISO 20022.

It’s a change, but Karin reassures me that it’s one that is being carefully managed. “SWIFT is actively engaging with its customers and industry players in order to use the ISO 20022 common language and model that will ensure end-to-end consistency in traditional as well as new ecosystems.”

If it ain’t broke, don’t fix it

This wisdom was drummed into me as a child as I happily dismantled appliances, bicycles or furniture that seemed to be in need of a check-up. It’s worked to curb my tinkering, and limit the number of “projects” that I have on the go at any one time, so I put the question to Karin: If it’s working now, what are the advantages of changing, especially given the substantial investment and planning required (migration is a multiyear project for many organizations)?

Here’s what she said: “ISO 20022 facilitates the creation of new services and simplified end-to-end processing. It will enable richer, better structured and more granular data to be carried in electronic messages in business domains such as payments, securities, foreign exchange, and even your credit cards.”

Karin points out that it’s not just that the process is made simpler, but that the “quality” of data in these electronic messages will be improved. “For example, for payments this means more transparency and more remittance information for your customers, which in turn means better customer service.” I can begin to understand the attraction; as a customer, I get a better experience because quality data means quality payments.

Get with the programme

SWIFT has orchestrated a specific programme to facilitate this community-wide adoption. “The ISO 20022 programme will establish a new messaging service, coexistence measures to support migration, training and adoption services towards this goal,” Karin tells me. A realistic time frame has been established, with new ISO 20022 messages, compliant with agreed market practice, set to go live on the SWIFT platform from November 2021. After a period of four years of coexistence, the corresponding legacy messages (known as SWIFT MT) will be decommissioned on the SWIFT platform.

For the time being, the adoption of ISO 20022 on the SWIFT platform applies only to payment instructions and reporting messages exchanged bilaterally between financial institutions. However, ISO 20022 clearly has the potential for much wider application, and I put it to Karin that other sectors will surely be asking if they also need to migrate. “Other transactions such as corporate payments and cash management, securities post-trade, clearing and settlement, corporate actions, foreign exchange, treasury and trade finance are currently not in scope,” she confirms.

ISO 20022 is an increasingly established global language for payments messaging. Already used by payment systems in over 70 countries, in the coming years it will be the de facto standard for high-value payment systems of all reserve currencies, supporting 80 % of global volumes and 87 % of value of transactions worldwide.

By creating a common language and model for payments data, ISO 20022 significantly improves the quality of data across the entire payments ecosystem. Richer, structured, meaningful data will enable new client experiences, while improving compliance and efficiency. It’s about getting the fundamentals right, and future-proofing business. As Karin concludes: “ISO 20022 is flexible enough to meet the needs of today and those of tomorrow.”

The new wave of finance