Trust me, I’m a total stranger… 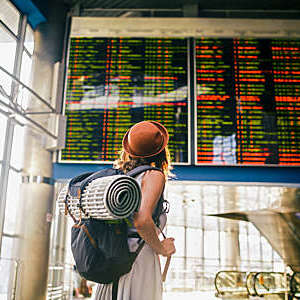 By Barnaby Lewis
Tagged as

Put in these terms, most of us would run a mile, whatever the proposition. But the popularity of online reviews, and the trust we place in persons unknown when making major decisions about where to stay, what to eat and how to get the most from a trip, tells a different story.

Online communities have always been a place where people connect with peers: people like us, sharing something in common. Accessible anywhere and generally free to participate, it’s little wonder that news groups, forums and chat rooms flourished from the beginning of the internet and prepared the ground for the late 2000’s social media explosion.

It’s hard to imagine a world without these connections. They’ve become part of the fabric of our daily lives. They’ve changed not only the way we socialize and define our friends, they’ve altered our relationship to information and how we form, and express, our opinions. They’ve also influenced the way we make our vacationing decisions; many of us now move from idea through research to booking entirely on screen.

With the planet at your fingertips, why travel at all?

The digital world in our pockets fills the gaps once reserved for idle contemplation with wonderfully addictive and immersive experience. Work, relaxation, news, opinion, learning and entertainment bear down in a sensorial tsunami of information. It definitely broadens our horizons and can expose us to new ideas, yet it’s also an intrinsic part of the non-stop lifestyle. It comes as no surprise that we tell researchers we’re more stressed than ever before. Sometimes, it’s good to stop.

Could this be one reason why we travel more than our grandparents did? Perhaps it also explains why we seek increasingly exotic destinations where we can “get away from it all”, “unwind”, “change perspective”, even go “off-the-grid”. A recent ISO standard should help make the process of choosing and booking more reassuring.

But before you get there, you’ll have to navigate the options. These, too, have proliferated to the point of bafflement. It’s OK to be perplexed by a world where air travel is the budget option, your smartphone can almost-but-not-quite translate unknown languages for you, and the world’s largest accommodation provider doesn’t own a single building. Fortunately, there are still professional travel agencies to help you. They didn’t all go bust with price comparison and online booking. Quite the opposite. The ones that survived did so by innovation and specialization.

A new breed of travel agency has emerged, offering experiences that simply weren’t available before, using data-driven marketing to create client-focused packages. The information that these companies collect from us, including the reviews that are written and the opinions that are surveyed, are essential to their business model. In the highly competitive sector dedicated to adventure tourism, innovative companies use analysis and insights to give their customers what they really want: not just holidays, but life-changing journeys into the unknown. In France, one of the best-known operators is Nomade Aventure. It was founded in 1975 but, true to its name, it has never stopped moving and is now an established leader. 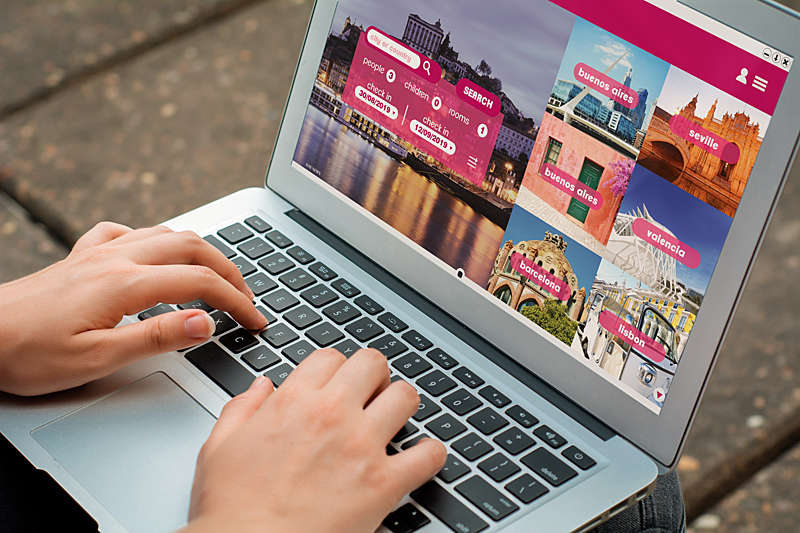 In between sending 12 000 people per year on their dream holiday, managing a team of 60 people and travelling to discover new destinations, Nomade’s General Manager, Fabrice Del Taglia, is constantly on the go. A French national, Del Tagliaʼs career has carried him on an unusual journey through film distribution in Africa, youth activity holidays and, for almost a decade, to head up a leading travel company. ISOfocus managed to pin him down to ask him about the role of standards in his life and in his company’s success.

“I came to standards by chance. When I was given the opportunity to contribute to a standard for online ratings, I knew how important it could be for our business.” I ask him in what ways: “Nomade has been using online reviews since 2011, as a way of maintaining our presence in the highly competitive online tourism business. We had our own rigorous systems in place, for example, the publication of all reviews, favourable or otherwise, for a minimum of five years, or the fact that our employees are not able to remove or edit customer reviews.”

To Del Taglia, it was clear that developing similar guidelines to be applied to all kinds of online businesses would improve transparency and maintain customer confidence in the authenticity of reviews. “It was a mix of personal curiosity as well as the recognition that we could protect our business that led me to accept an offer to participate in standardization,” remarks Del Taglia on how he began his work with the French member for ISO, AFNOR, which was the driving force behind the idea to develop a standard for online review.

In 2014, ISO set up a technical committee on online consumer reports, managed by AFNOR, to begin the development of an International Standard that would give requirements and recommendations for the principles and methods for review administrators to apply in their collection, moderation and publication of online consumer reviews. Published in 2018, ISO 20488 builds on the initial work by AFNOR, whose efforts have resulted in significant uptake by businesses in France. 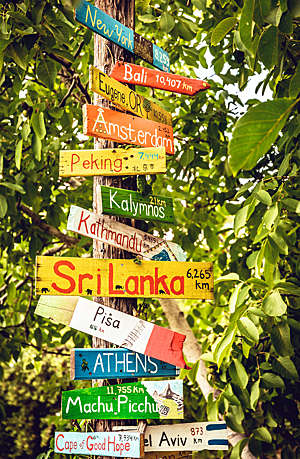 Applicable to all types of business, ISO 20488, Online consumer reviews – Principles and requirements for their collection, moderation and publication, has special relevance to those sectors, like tourism, where customer experience is an overwhelming factor in decision making. It’s also a major influence when it comes to buying products that have to perform in a certain way, such as sporting goods, according to Laurent Petit, Chair of ISO’s technical committee for online reputation (ISO/TC 290), which is managed by AFNOR. With a background in mathematics and marketing, Petit brings substantial experience of business to his ISO job. Having worked in some of the best-known companies in France, from the national lottery to national television, to multinational sports superstore Decathlon, Petit’s latest challenge is with Thailand’s biggest retailer. ISOfocus caught up with him during a taxi ride through the busy streets of Singapore.

A lifelong footballer who has worked in Paris, Shanghai, Singapore and recently moved to Bangkok, Petit had some experience of ISO standards from working with a professional football club. His first opportunity as a standards development insider came when he was approached in 2014 by AFNOR. With support from colleagues who recognized, like Petit, the enormous potential of the standard, he set out to take a look “behind the scenes of the standards world”, in his words.

Asked about the rationale behind ISO 20488, Petit replies that “online review is too important to be left to chance” and goes on to point out just how central it is to today’s shoppers. “It’s a driver of conversion [moving from browsing to purchase]” citing studies that indicate how credible reviews can boost this rate by a factor of four. “There’s a growing distrust of official sources of information and manufacturers’ claims are perceived as less credible than the voice of a regular user, even if that opinion comes from someone you don’t know personally.”

A final observation from Petit reveals the “there-are-only-solutions” attitude of a true standardizer: “When it comes to online reputation, the important thing is not whether a review is positive or negative, it’s how you react.” According to Petit, responding quickly and sincerely to negative feedback and, importantly, trying to fix the problem, builds more credibility than simply promoting or responding to positive reviews. 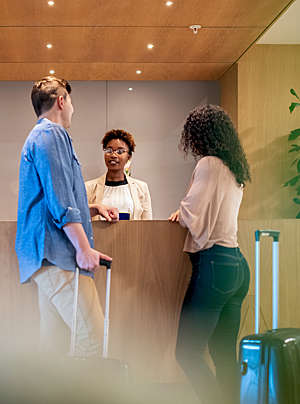 The implications go far beyond tourism. Online review is at the heart of the decision-making process, even in cases where the actual purchase may be done in-store. With a standard like ISO 20488, which can be so widely applied to different sectors, the ISO principle of seeking an equally wide range of expertise really pays off. ISOfocus spoke with Patrick Harkness, a contributor to ISO 20488 who brought perspectives from outside of both retail and tourism.

Currently enjoying a highly active retirement (during which he both founded an emergency planning consultancy and took on a number of ISO jobs), Harkness began his career as a surveyor and specialist on major infrastructural projects in his native British Columbia. It was following this that he began working on province-wide emergency preparedness programmes : taking into account a wide range of opinions, working with multiple stakeholders and creating plans and guidance created a solid foundation for his later work in standards.

Having volunteered substantial time to both national and international standards, in areas as diverse as security and resilience, vulnerable consumers and ageing societies, the ISO member for Canada – the Standards Council of Canada (SCC) – saw Harkness as a natural choice among Canadians to participate in the development of ISO 20488. He recalls: “As my volunteering expanded, SCC asked if I’d like to Chair the Canadian Mirror Committee (CMC) related to [ISO/TC 290] online reputation. I accepted, and the success of our efforts resulted in ISO 20488.”

Since we’re talking about user reviews, I’m curious to find out more about his experience of the ISO process itself. When many at retirement age are winding down their professional life, how did he find the challenge of taking on significant new responsibilities and processes? “My strengths are related to administering and organizing,” Harkness tells me, adding: “it was a natural fit for me to become a working group manager1). Having been successfully balloted into that position, I was fortunate to be sponsored by SCC to attend ISO’s Committee Managers’ Training in 2016. That was something so worthwhile and should be a ‘must-do’ for anyone agreeing to be manager of either a technical committee or working group.” 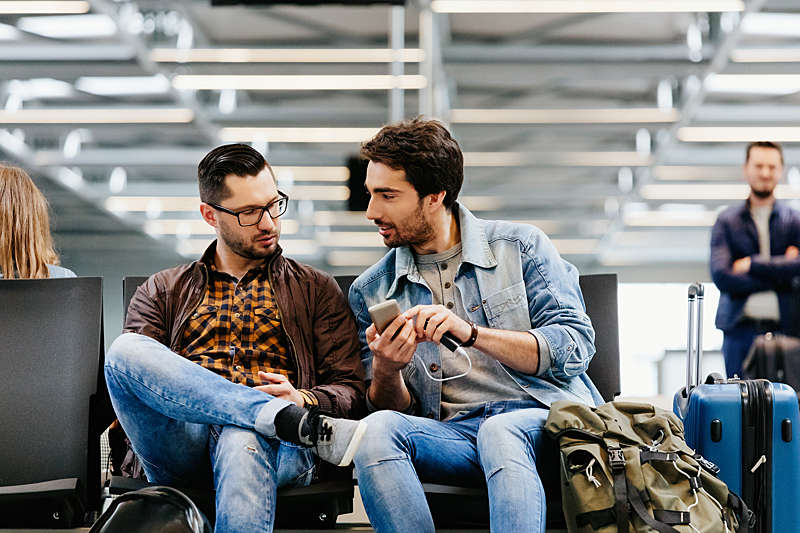 It’s pretty easy to write your own review. In a virtual world, saying what you’d like to hear isn’t exactly the same thing as telling bald-faced lies, but it’s not far off. For the legions of people who make their living from enticing us to browse, click and buy online, the temptation to get over-creative in interpreting data, or paraphrasing testimonials, needs to be reined in. Without the kind of guidance given by ISO 20488, even legitimate operators can get carried away. There is genuine uncertainty of the rules in an online landscape saturated with enhanced images, virtual videos, chat-bots and an imperative to monetize your every move.

The question for online marketers to ask is whether they can make the right decisions without the framework given by ISO’s standard on online consumer reviews? Consumers place trust in standards and are quick to abandon companies that are called out on false claims. Worse, they can publish their own negative reviews and can obliterate in a few characters a reputation that may have taken years to establish.

For holidaymakers, and in fact purchasers of any kind of product or service that’s been rated, International Standards now provide an additional level of assurance. That’s lucky, because you can’t always trust advice from your friends, especially when they’re total strangers

This issue highlights the fastest growing trends in travel and tourism, including sustainability and medical tourism.