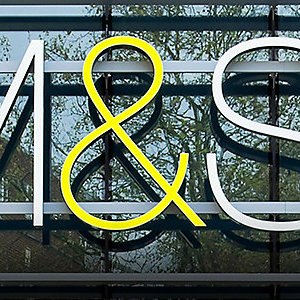 In its quest to become the world's most sustainable retailer, Marks & Spencer has set a high standard for environmental sustainability and is influencing disruptive change throughout the industry.

Back in the days when free-range eggs were something of an oddity and disposable plastic bags clogged our landfills, Marks & Spencer (M&S) quietly carried the flag for sustainability. Long before it became a world concern, the leading UK retailer had been offering great value, high-quality clothing, food and home products responsibly sourced from around 2 000 suppliers globally. But by the early 21st century, things had reached the point where, without drastic action, it would be hard to imagine a decent future for forthcoming generations.

So in 2006, M&S took a long, hard look at its ethical and sustainable activities and set out to move them up a gear, while gathering shoppers’ support behind them. Enter “Plan A”, which has become the core of the company’s business strategy – with “overwhelmingly positive” results, according to the brand itself.

For all its successes, Plan A still needed to go one step further to win customers over. Shoppers, assailed by headlines over the source of their products, like the idea that they don’t have to worry if their strawberries are ethically grown or workers are treated well in factories supplying M&S. So in 2013, the company turned to ISO 26000 for guidance on how to promote respect and fair practices through its supply chain. Fiona Sadler, Head of Ethical Trading at M&S, tells us why moving to social responsibility is a win-win proposition for all involved.

Working with suppliers in 70 countries and some two million workers across 2 000 factories and 20 000 farms, M&S is most definitely “supply chain dependent”. This means that being a fair partner is central to the retailer’s strategy, and ethical behaviour and environmental standards are essential to the future of the business.

The company wanted to go beyond the expectations of employees, customers and stakeholders by collaborating with suppliers to create a fair workplace and step up environmental performance. In 2006, it decided to put sustainability at the heart of its business, from sourcing products to relationships with suppliers, shoppers and the wider world. Behind the initiative is the goal that, by 2020, all M&S products will have at least one sustainable element – an ambitious plan demanding concrete targets, robust measurement and transparent reporting.

To succeed, it would have to change the attitudes of every one of its 25 million shoppers. In 2006, its first campaign, “Look Behind the Label”, drew attention to the various ethical and environmentally friendly initiatives adopted by the company in the production and sourcing of its products. This earned them widespread approval, particularly among opinion formers and the ethically-aware.

But preaching to the converted was not enough. They needed to get people to actually “do” something. Hence the next stage was about engaging commitment. And so “Plan A” was born, launching in 2007, with 100 commitments in five pillars – climate change, waste, sustainable raw materials, fair partnership and health – to dramatically increase its environmental sustainability across the entire value chain.

Backed by an extensive audit scheme, Plan A – thus named by then CEO, Stuart Rose, on the premise that there was no Plan B – has brought fundamental changes in the way M&S does business with suppliers as well as helping it to maintain high levels of customer trust and employee engagement.

The brand received many accolades, yet Plan A still fell short of making the public see “green” as the desirable option. This was not helped by issues of food and labour sourcing making headlines around that time, such as the horsemeat scandal or the Rana Plaza disaster in 2013, where a garment manufacture in Bangladesh collapsed killing over a thousand workers. Although M&S had no link to these tragedies, they still posed uncomfortable questions about the human cost of affordable fashion and food.

As a major garment retailer, M&S faces challenges in responsibly sourcing materials from its suppliers in South Asia, mainly from India, Sri Lanka and Bangladesh. Yet, suppliers from these countries account for close to 80 % of its footprint. What’s more, the company regards the achievement of human potential as the foundation of environmental and social sustainability for present and future generations. Hence ISO 26000, Guidance on social responsibility, became their tool of choice to support the ambitious goals of Plan A. After careful consideration, ten of the biggest clothing manufacturers for M&S in India, Sri Lanka and Bangladesh – that account for 60 % of the supplies – were invited to integrate the standard’s principles of social and environmental sustainability into their business strategy. Of the ten, nine agreed to participate on a voluntary basis, bearing part of the cost for the programme themselves.

Out for the long haul

By introducing ISO 26000 to its largest suppliers, M&S ensures their allegiance to more ethical standards.

Work kicked off with a three-day capacity-building workshop in New Delhi for the nine top suppliers, where company CEO, Mark Bolland, introduced the concept, highlighting its importance for the successful implementation of Plan A. Each company dispatched two representatives who received information and training on ISO 26000, the expectations of the project, cost approximation and sundry information.

The scheme involved a gap analysis using a self-evaluation tool, an assessment by CSR Company International, an action plan based on the principles of ISO 26000, and a scorecard for implementing the agreed actions in the day-by-day running of the factories from management level to the “shop floor”.

Nine-months after the first workshop, an audit of the participating companies was undertaken to check that every aspect was being applied consistently and correctly. If results were positive, the supplier would be granted the M&S “Golden Status Supplier”, whereupon regular audits could be dropped in favour of occasional random checks.

As a multinational retailer, M&S relies heavily on its suppliers for quality source materials. This means it is responsible for tracking “till the last mile” of the supply chain and checking the source of the raw materials and the labour conditions prevailing in its suppliers’ organization.

By introducing ISO 26000 to its largest suppliers, M&S ensures their allegiance to more ethical standards. And by adopting ISO 26000 voluntarily, suppliers undertake to conduct their business in a more transparent and accountable manner, which will help them fit in the M&S sustainability framework set out under Plan A.

The truth is, supply-chain complexity cannot be handled only with audits; it must be based on mutual trust between supplier and buyer. To borrow Bolland’s own words, the ability to “lead with others” – by treating suppliers as partners and setting clear limits – is key to delivering sector-wide change.

Lastly, the project must be championed by senior management to cement the commitment of partners and employees and impel its initiatives across the organization, driving long-term benefits.

Plan A made demonstrable business sense. With the above-mentioned strategy, M&S has 60 % of its supplier purchases covered under its sustainability management framework. Had it tried to cover almost 100 % of its suppliers, the sheer complexity of the project would have certainly worked against it. M&S is conducting a trial with its nine most important suppliers. Based on the success of the project, further partners may be included.

Seven years on, if there is one overarching lesson to be learned from Plan A and the journey into social responsibility, it is one of humility. Even multinationals cannot change the world alone; they need to work with their partners. Now, with its suppliers firmly behind it, M&S is ready for the next leg of its journey: Plan A 2020.

Founded in 1884, Marks & Spencer (M&S) is a leading UK-based multinational retailer, headquartered in the City of Westminster, London. The company specializes in selling clothing, homeware and luxury food products. With branches in 54 countries as well as home and over 85 000 employees, the retailer boasts an annual turnover of over 10 billion pounds* and a net profit of 458 million pounds. M&S is listed on the London Stock Exchange and is a constituent of the FTSE 100 index.

What does a “smart” city look like? To find out, read this issue which looks at some of the smart city trends and challenges.