Driving ambition for the new economy

The circular economy, a sustainable model of production and consumption, is a pillar of climate action. But we’re not taking it nearly seriously enough. 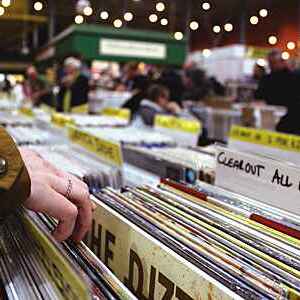 Mitigating climate change calls for us to rethink how we work and live. Given that 70 % of all greenhouse gas emissions are associated with extracting raw materials from the Earth and processing them, transitioning to a more sustainable model of producing and consuming goods is essential. In a circular economy, waste – such as heat and wastewater – is utilized as a resource, “closing the loop” of product life cycles.

It’s a formidable challenge. The latest Circularity Gap Report found a hundred billion tonnes of materials are consumed every year, of which more than 90 % are wasted. Catherine Chevauché, Chair of the ISO committee responsible for drafting the first International Standard for the circular economy, says there is no time to waste in closing the loop – but governments, organizations and individuals aren’t acting fast enough. She does not hesitate to call this an “emergency”.

“The question is timing. We have to do more, and we have to do it faster,” she says. “But it’s not easy to change a way of doing things when you [have done it] since the Industrial Revolution and you have this mindset. To change that, and in a really short time… I don’t know if it’s possible, but we try!”

We consume far too much and far too quickly.

Closing, narrowing and slowing the loop

Closing the loop will require leaving behind an entrenched model of production and consumption (the “linear economy”). Among other trials, organizations must be prepared to stand up to potential demands from stakeholders to continue pursuing short-term profit at any cost as they shift towards this new, more sustainable paradigm.

But closing the loop isn’t enough. We consume far too much and far too quickly. Short of miraculous advances in recycling technology that allow for 100 % of materials to be reused, this behaviour is impossible to sustain. Chevauché explains how we are at real risk of extinguishing Earth’s finite resources if we continue with business as usual. “If we close the loop without looking at what we are doing at the source, there is a problem,” she says. “We have only one planet.”

Despite the scale of the challenge, there is reason to be optimistic.

Hope on the horizon

Despite the scale of the challenge, there is reason to be optimistic. Policy interventions like the European Union’s Green New Deal for sustainable growth, for instance, include the circular economy as a key “building block” of economic recovery from COVID-19. The government of the Netherlands aims to reach 50 % circularity by 2030 and a wholly waste-free economy by 2050. The Japanese government recognizes businesses closing the loop with its Circular Economy Challenge, while Brazil is due to welcome its first circular economy laboratory in Fernando de Noronha this year.

The publication of the standards will be an important milestone in the transition towards a more sustainable world in which waste is reduced and reused, equipping organizations everywhere with the information they need to start shifting to circularity.