Almost every country is racing to decarbonize its energy sector – all while energy consumption booms. Here are the key trends to watch when it comes to the global energy transition. 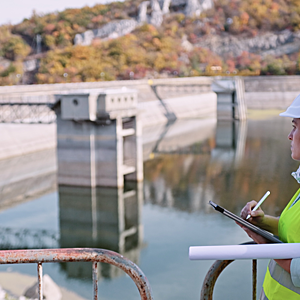 The ISO Foresight Trend Report highlights global trends across multiple industries that will shape strategic decision making for a better future. Drawing upon these insights, ISO reflects on some of the potential areas for standardization work. In a series of feature articles, we unpack some of the critical global trends with top experts in their field.

Transforming the energy sector to minimize greenhouse gas emissions is a top priority worldwide. Meeting the aims of the Paris Agreement means the urgent phasing out of fossil fuels, expansion of low- and zero-carbon energy sources, scaling up of carbon capture, and improvements in every aspect of energy management: from producer to end user.

All the while, energy use continues to climb, as demographic and economic growth drive demand for electricity – global energy demand could rise by 40 % to 60 % by 2050. Managing the transition is a vast challenge, but one increasingly characterized as an opportunity.

The energy transition will require changes to how energy is distributed.

Meeting this growing demand while cutting greenhouse gas emissions means a vast expansion in low- and zero-carbon energy: wind, solar, hydroelectric, nuclear, geothermal, bioenergy, and others. There is some cause for optimism: renewables are the fastest-growing means of energy production, with massive investments by many countries. Renewables, particularly solar, are even becoming competitive with fossil fuels faster than expected.

Despite the impressive growth of renewables, they alone are unlikely to sustain increasing energy demands without miraculous technological innovations to render them much cheaper and more efficient. Therefore, it’s likely they will need to be combined with nuclear energy and carbon capture, along with improved energy efficiency measures to stem rising demand.

Energy storage technologies, such as batteries or hydroelectric dams, allow energy to be retained in systems for release when required. They are a critical tool of the energy transition, helping power grids continue to meet demand with intermittent supply from renewables.

At present, no battery can store and release significant volumes of electricity in a cost-effective manner suitable for grid-scale deployment. But this is an area to watch – investment is pouring into battery research and development and the global battery market could grow to USD 22.3 billion by 2027.

Using power directly may ultimately prove to be cheaper, prompting renewed interest in direct power conversion technologies which turn energy sources into heat, electricity or fuel, such as green hydrogen (hydrogen produced by water electrolysis, powered by renewables). Hydrogen – which oil exporters hope could become a major part of their economies in the future – also has potential to replace fossil fuels in hard-to-abate industries such as shipping and steelmaking.

The energy transition will require changes to how energy is distributed, with grids shifting towards a more dynamic and distributed model which could improve efficiency. The ongoing digitalization of the energy sector could help optimize energy use through the introduction of smart meters and AI-guided grid management – for example, by activating devices during times of abundant supply.

The physical infrastructure of the energy sector is also changing in countless ways. Ultra-high-voltage DC transmission lines will enable far more efficient power transfer across great distances, with major implications for how energy is transported – energy-related shipping of coal could halve by 2050. Meanwhile, there is growing interest in distributed energy systems such as microgrids and district heating networks.

Transforming our complex energy systems is a vast challenge.

The energy transition is an unprecedented challenge facing every country and organization in the world. ISO has recognized this by signing the London Declaration last year, a commitment to help drive meaningful climate action using standards.

There is already an abundance of standards relating to energy, with ISO alone having over two hundred standards for the sector. The challenge ahead will not only involve creating new standards – although there is the opportunity to do so for new technologies such as carbon capture – but to ensure that existing standards are used to their best advantage, including by engaging with energy companies and other stakeholders, and updating them in a timely manner appropriate for the urgency of the task.

Transforming our complex energy systems is a vast challenge and likely to involve a variety of competing interests – standards bodies may help ease this transition by providing guidelines on which co-operation can be based.