The ISO member for Singapore, SSC, has published research showing how standards improve transparency, quality and trust in the maritime sector. 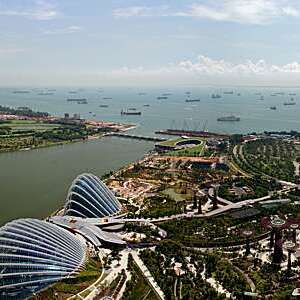 The study was into the use of a national standard developed for the marine fuelling, or “bunkering”, industry and was initiated by SDO@SCIC on behalf of Enterprise Singapore and the Singapore Standards Council. The standard at the centre of the study, Technical Reference 48: 2015 (TR 48) – Bunker Mass Flow Metering (MFM), has now been further developed with ISO to create an International Standard. Mandated by the Port of Singapore for the delivery of marine fuel oil in the bunkering industry, the research concluded that the standard’s adoption has the potential to save the industry SGD 80 to SGD 199 million annually.

Cost savings for bunkering operations account for an estimated 66 % to 76 % of total savings, with the remainder attributed to reductions in the number of disputes that arose, as well as the time needed to resolve disputes when they do occur.

The Maritime and Port Authority of Singapore has required adherence to TR 48 since June 2016, since which time several bunker suppliers observed enhanced bunker schedule management due to faster and more predictable turnaround in bunkering transactions. A number of shipowners added that inventory management had improved with the increased certainty in the quantity of bunkers received. They highlighted that beyond cost savings, use of TR 48 improved efficiency, productivity and transparency of bunkering transactions. The standard was the first to cover a set of core requirements for metering system qualification, installation, testing, procedures and documentation of bunker custody transfer using the Coriolis Mass Flow Meter system.

Discover more about the bunkering benefits highlighted by the study, with these materials developed by the ISO member for Singapore.

A leading light in standards

In addition to leading quality and excellence at Enterprise Singapore, Sauw Kook Choy was also recently reconfirmed as the ISO Vice-President for technical management. Speaking in an interview with Singapore’s The Business Times, Ms Choy is helping to spread the message that standards are an essential part of post-pandemic success and are much needed to build quality and trust in services and products.

COVID-19 made companies realize the importance of being resilient, to be able to continue to operate despite disruptions, and to be agile enough to pivot and diversify into new revenue streams.

Did you know that “SGD” is the official ISO code for the Singapore dollar?

Find out more about ISO 4217, the standard for banks, businesses and people using currencies around the world.