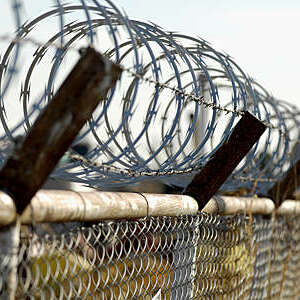 During the wars in Iraq and Afghanistan, the use of private security companies (PSCs) came into the public eye. A number of incidents, including alleged involvement in the deaths of innocent civilians and the use of unnecessary force and torture, led many to believe such companies were operating outside the rule of law. Responding to this challenge, a new ISO project committee has started work on an international framework to help the industry adopt good practice and improve accountability.

Nisour Square, Baghdad, 16 September 2007. Seventeen civilians were killed and 20 injured in a shooting incident involving employees of US-based private security company (PSC) Blackwater (now called Academi). The guards were protecting a convoy of US officials leaving the square but,according to an inquiry by the Federal Bureau of Investigation (FBI), the shooting was “an illegal, unprovoked attack on civilians ” ¹. While most PSCs operate within the law and without incidents, a few bad actors have made headline news, bringing the entire PSC community plenty of bad press. Not surprisingly, the private provision of security and military services challenges conventional assumptions about the role of the nation state as the main protagonist in military affairs and the guarantor of physical security for its citizens.

Private security services are called on primarily to protect people and property in countries where protection provided by the state is deficient, or when disaster or conflict makes heightened security necessary. In many of these high-profile cases, including the Nisour Square incident, the contracting organization was a government (in this case the USA). Governments, however, make up only a third of the clients in the sector. Non-governmental organizations, private enterprises (particularly the extractive industries of oil, gas and mining), transport companies, even aid and development agencies, also hire PSCs to help protect people and property on the ground. In countries of weakened governance where local security, such as the police force, cannot guarantee protection, the use of PSCs can be a necessary alternative.

The fact that PSCs often operate in zones of conflict and disaster or countries where the rule of law and local law enforcement are inadequate makes this a high-risk business. Complicating matters further, private security services are procured on an international scale. The PSC can be based in one country, contracted by clients in another, to perform security services in yet another… and all while hiring employees from still another country. Under these circumstances, whose national regulations apply and how is justice served if misconduct occurs?

All these questions have prompted work on an international scale to try and resolve the situation. For example, the Montreux Document on Private Military and Security Companies ² (named after the town in Switzerland where negotiations took place) and the International Code of Conduct for Private Security Service Providers (ICoC) (see Box below) have laid down some guidelines to clarify the current legal framework and define best practices that encourage PSCs and their clients to honour their commitment to international human rights. Additionally, on a national scale, the ANSI/ASIS.PSC.1, launched in 2012, provides auditable criteria for PSC operations to meet business and risk management objectives while respecting human rights.

“These three documents lay the foundation for where we want to be,” explains Dr. Marc Siegel, Chair of ISO/PC 284, a new ISO project committee investigating the topic. “However,” he adds “there is pressing need for an International Standard that helps PSCs and their clients demonstrate accountability so that human rights and fundamental freedoms are adhered to, and illegal and excessive acts prevented.”

The international community, led by Swiss government and the International Committee for the Red Cross, developed the Montreux Document in 2008. It sets out the legal framework affecting the sector, including all relevant pieces of international and national law, and best-practice guidelines.

ISO/PC 284 held its first meeting in Montreux, Switzerland, in December 2013, which I had the chance to attend. (The meeting place was chosen to coincide with ongoing work on the ICoC and Montreux Document which was taking place in town.) The committee plans to develop a management system standard for PSCs using the Montreux Document and the ICoC as a foundation, and this, Siegel believes, will help companies take concrete action to demonstrate conformance to the code.

According to Siegel, an international management system standard will help a company manage the risks associated with its operations, and ultimately protect human rights. “There is no denying that these companies operate in high-risk environments, so an understanding of these risks and how to plan for them must be paramount,” he says.

“Among the beneficiaries of the standard will be the communities directly affected by the security services. The human rights impact of a PSC’s presence in these communities must be at the forefront of company thinking,” adds Siegel. He is also keen to highlight an oft forgotten group – the PSC employees themselves who are working in high-risk situations. “If something goes wrong, they can find themselves in danger. It is really important that they are well prepared and know what to do if things get nasty.”

This begs the question: Is an International Standard, which is by definition voluntary, not too soft an approach for a sector that has such a serious impact on human rights? Would strict, enforceable international laws not be more relevant? The answer is pragmatic. “Hard law is notoriously difficult to implement,” says Siegel. While the Montreux Document has clarified the international human rights and humanitarian laws that do exist and should be applied in these situations, they remain difficult, costly and time-consuming to enforce, he explains. On the other hand, a robust and rigorous standard, which can be certified by a competent third-party certification body, could provide an additional piece of the puzzle to help the industry consistently improve standards and accountability.

Accountability? Yes, because in addition to helping companies put best practice into action, an International Standard will help PSCs demonstrate their commitment to these international expectations and guidelines. This will give them an edge over the competition and, ultimately, improve standards across the board. “This should remove the bottom feeders that drag the reputation of the industry down,” Siegel concludes.

Having a standard in place will also reassure the clients of PSCs as well as the general public that the company is taking all the necessary steps to minimize risk and protect human rights. This will drive accountability in the industry, believes Dr Rebecca DeWinter-Schmitt, a specialist in human rights and humanitarian law at the American University Washington College of Law, who also took part in the discussions of ISO/PC 284.

According to DeWinter-Schmitt, an International Standard will be instrumental in establishing the global expectations we have with regard to PSCs. “It will allow some civil society groups, in particular those that serve as watchdogs of the public interest, to have a benchmark against which PSCs can be held accountable should they fail to respect human rights, as they have committed to do.”

She also argues that it will enable civil society to call the clients of PSCs to book if they misbehave. For example, as large clients of PSCs, governments could use the standard to ensure the PSCs they are contracting are doing everything that is in their power to protect human rights and minimize risks. If they don’t, civil society groups will be able to hold governments to account for shirking their responsibilities.

A call to action

Following the publication of the Montreux Document, the Swiss government convened a multi-stakeholder initiative for private security companies called the International Code of Conduct for Private Security Service Providers (ICoC). This aims to “set private security industry principles and standards based on international human rights and humanitarian law, as well as improve accountability of the industry”.

For all this to work well, however, the International Standard must be rigorous and clearly based on the principles already set out in the Montreux Document and ICoC, but also, most importantly, it must be multi-stakeholder.

This means that civil society groups with their human rights specialists and humanitarian law expertise need to be actively involved in the standard’s development. “This International Standard will be the first of its kind to address the human rights risks of an industry through a management system process, and it is important to identify and bring on board human rights expertise,” DeWinter-Schmitt asserts.

In supporting her argument, she highlights the insights that civil society in general can bring to the standards development table. “Civil society can serve a useful role in identifying potential limitations of management system standards, and can aid in finding ways to improve active contribution of all affected stakeholders, increase transparency in standards development, and strengthen conformity assessment mechanisms.”

Here, then, is a call to action. The facts are clear: private security companies are here to stay. The past decade has seen the rise of a multi-billion euro global industry for private security provision with companies operating in countries worldwide. More coherent and directed thinking is therefore urgently needed on the issue of regulation, to guarantee the physical security of civilians. If you have expertise in human rights law or are involved in private security and would like to have a say in the development of this standard, please contact the ISO member in your country to find out more.