Impact washing: what is it and how to spot it

What do the terms “greenwashing” and “impact washing” mean? 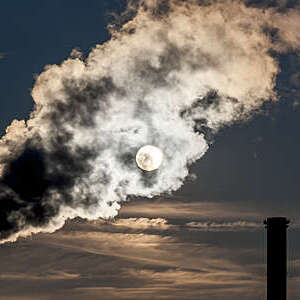 The term “greenwashing” has been around since the 1980s and was initially coined to refer to hotels that encouraged guests to reuse their towels and thereby “save the planet” – while in fact simply saving on the hotel’s laundry bills. The towels also deflected attention away from whatever the hotel’s overall environmental impact might be.

Since then, consumers have become increasingly interested in green products and companies have become increasingly adept at using claims of being environmentally friendly as fig leaves for their overall negative environmental impact. Today, “impact washing” has been added to the lexicon of those seeking to hold companies and in particular financial institutions to account for their green claims.

“Many financial institutions pretend that a change in the composition of their portfolio (such as reducing the exposure to the oil sector) automatically delivers environmental impacts,” explains Stanislas Dupré, Convenor of the ISO working group that developed ISO 14097, which sets a benchmark for reporting financial institutions’ climate actions. “They market their funds to consumers based on this claim. That is what is now called ‘impact washing’.”

Impact washing can be defined as any marketing claim about a product triggering a change in the real economy that cannot be supported by evidence. A fund manager may claim that a certain investment will allow you to reduce carbon emissions by x thousands of tonnes, or is equivalent to taking x thousands of petrol-fuelled cars off the roads, but the manager should have to prove that those cars have been removed from the roads in equivalent terms.

In a recent survey of Europe’s top 20 banks’ responses to climate change, campaign group ShareAction gave them an average score of just 40 %. “This means, on average, they are only half way to achieving best practice,” ShareAction said. “In fact, not a single bank surveyed has yet reached ‘best practice’ in our ranking – scoring 80 % or above, although some banks are showing leading practice in certain areas.”

It is not enough for a company to say it is saving the planet – or for a financial institution to say it can invest your money in environmental, social and governance (ESG) products. Companies need to actively and verifiably demonstrate how they are making the world a better place.

The United Nations this year convened the Net-Zero Banking Alliance, which brings together banks worldwide representing over a third of global banking assets committed to aligning their lending and investment portfolios with net-zero emissions by 2050. But there remains a glaring need to be able to measure the direct and indirect climate impact of financial institutions, beyond their pledges and statements about risk exposure.

“When an investor buys or sells a stock or a bond, there is no direct effect in the real economy, and the indirect effect, if any, is extremely difficult to model,” says Dupré.

How bad is the problem?

ISO 14097 is designed to harmonize and unify varied and fragmented standards in the financial services industry so that investors can know just how green companies are. “There was a clear need for technical guidance and a standardized framework, describing how financial institutions, banks, investors and asset managers can assess climate risks and then disclose them,” explains Dupré.

“Today, impact washing is the norm rather than the exception,” he says. “When my think tank reviewed the practices of asset managers in Europe in 2020, we found that many of them were making environmental claims, and that almost all of these claims were misleading and non-compliant.”

The experts charged with drawing up ISO 14097 built on two conceptual frameworks, says Dupré. “Firstly, the definition of ‘impact investing’ which requires intentionality and additionality. It was mostly used for blended finance and the financing of early-stage social businesses. Secondly, the concept of ‘alignment’ of investment portfolios with climate goals, which consists in comparing certain metrics (CO2, barrels of oil, etc.) associated with the companies with what they should be in a 2 °C climate scenario.”

The world’s goal is to limit global warming to 1.5 °C by 2100, but we are currently on track for 2.7 °C, which the United Nations says would result in “climate catastrophe”. The challenge was both methodological – to find new ways to measure the indirect impact of financial institutions – and political, says Dupré. “Consumers’ willingness to pay for sustainable investments is very high, and experts are under a lot of pressure to develop definitions and standards that ‘legalize’ impact washing,” says Dupré.

Some regulators are already taking action by suing or investigating asset managers for misleading green marketing, and some former executives are actively calling out the finance industry.

Earlier this year, the former Chief Investment Officer for Sustainable Investing at BlackRock, Tariq Fancy, warned that “the financial services industry is duping the American public with its pro-environment, sustainable investing practices”. “This multi-trillion dollar arena of socially conscious investing is being presented as something it’s not. In essence, Wall Street is greenwashing the economic system and, in the process, creating a deadly distraction.”

There will be three main benefits from ISO 14097, explains Dupré. “First, it will guide those investing and managing finance to assess climate-related risks. Secondly, it will help drive the shift to a low-carbon economy by lowering the exposure to climate-related risks; and thirdly, ISO 14097 will provide the benefits of standardization. In other words, a unifying framework that provides a basis for assessment, verification and comparability,” he adds.

Governments, policy makers and regulators can use ISO 14097 to tackle the issue of impact washing. At COP26, a coalition of financial firms promised capital of USD 130 trillion to enable the global transition to net zero by 2050 and meet the Paris Agreement goal of keeping global warming to within 1.5 °C of pre-industrial levels by 2100.

Given the lack of clarity about what exactly constitutes net zero, ISO 14097 can help clarify commitments going forward. The world needs a unifying, internationally agreed framework for assessing climate risks and disclosing them, with verification and comparability.