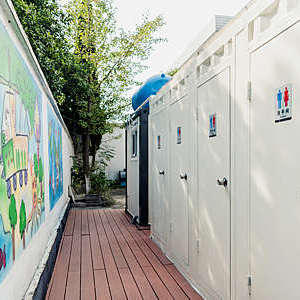 An Eco-San toilet is installed at the Yixing Huankeyuan Primary School in Yixing City, Jiangsu Province, China, in September 2018.

Well over half the world’s population does not have access to safe sanitation. For many people, this means the indignity and risks that come of having no toilets. The answer, it seems, lies in new sustainable treatment plants. ISO and the Gates Foundation have joined forces to show how clean toilets and standards can change people’s lives forever.

In 2010, the United Nations (UN) formally declared that access to clean water and safe sanitation are fundamental human rights. Aligned to this, the UN’s Sustainable Development Goal SDG 6 states that everyone should have access to safe sanitation by 2030. This, in turn, would eliminate open defecation, which billions must still endure. According to the Joint Monitoring Programme for Water Supply and Sanitation, the official United Nations mechanism tasked with monitoring progress towards SDG 6, 2.3 billion people lack any form of sanitation at all, whilst over two hundred million tonnes of human waste go untreated each year. 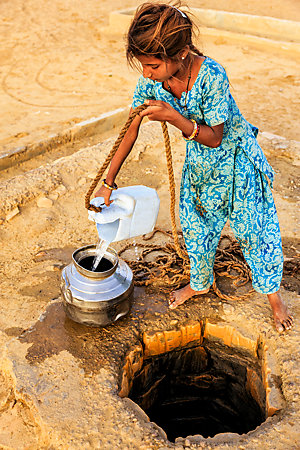 In the developed world, most if not all people take advanced, interconnected sewerage and wastewater treatment systems for granted, whilst in the developing world, 90 % of sewage ends up in lakes, rivers and oceans. This causes pollution which creates a health hazard for animals, plants and people. “Sixty per cent of the human race does not have access to safely managed sanitation,” reveals Sun Kim, a Program Officer at the Bill & Melinda Gates Foundation and Chair of project committee ISO/PC 318, in charge of developing a standard for community-scale sanitation systems.

Moreover, clean water and sanitation are closely connected since uncontrolled sewage frequently contaminates water resources, with often devastating consequences. “If we don’t have safe sanitation, then clean water will get tainted,” observes Kim. Shockingly, 1.8 billion people globally use a source of drinking water contaminated with faeces. Hence, it is not surprising that, according to the World Health Organization (WHO), unclean water and poor sanitation are the world’s second biggest killer of children. So how can we solve this conundrum?

Building conventional types of interconnected sewers and waste treatment systems is one answer to the problem, yet these require huge amounts of money and time to build – two resources that are not so easily available in the developing world. Is there a way to create non-sewered systems that do all the things these big systems do without the cost and infrastructure? “We believe the answer is yes,” says Sun Kim. In fact, ISO and the Gates Foundation are achieving this together through the work of ISO/PC 318, whose secretariat is held by the national standards bodies of the United States and Senegal under an ISO twinning arrangement.

Managed sanitation systems without interconnected sewers are known as non-sewered sanitation systems. Following significant support from the Gates Foundation, ISO began by developing International Workshop Agreements (IWAs) on the subject. The Gates Foundation promotes and sponsors research and investment in areas such as education, agriculture, global health and sanitation for the developing world, whilst ISO can help get targeted specifications to market in less than a year using the fast-track process offered by an IWA.

Although IWAs often evolve into fully fledged ISO standards, they provide much-needed solutions in the meantime. The ISOfocus (#126) of January/February 2018 already described the work on IWA 24, which specifies general safety and performance requirements for the design and testing of non-sewered sanitation systems. It then served as the basis for ISO 30500, an International Standard for small-scale, safe, self-contained and self-sufficient toilets complete with faecal treatment, that came out towards the end of last year.

ISO/PC 318, meanwhile, developed IWA 28 for community-​scale systems that can treat the waste from tens of thousands to hundreds of thousands of people using stand-alone toilets that function “off the grid”. IWA 28 specifies requirements for the design, performance, testing, certification and operation of independent, self-contained and energy self-sufficient units known as faecal sludge treatment units (FSTUs). ISO/PC 318 is now in the process of converting IWA 28 into an ISO standard, the future ISO 31800.

But before we reach that milestone, let’s take a look at the history behind this IWA. After developing the concept of FSTUs, the Gates Foundation approached researchers and industry to give shape to the idea. “We worked with TÜV SÜD to create a private standard for FSTUs, which we then proposed as a seed document for ISO 31800,” explains Kim. TÜV SÜD is a German engineering and technology organization which specializes in performance testing for technology development, verification and certification.

ISO/PC 318 developed IWA 28 for areas with sizeable populations such as larger towns and cities. Many urban areas in the developing world might have rudimentary systems to collect and transport large amounts of faecal material but may lack the means to treat the waste, with the result that it is then dumped into the environment. IWA 28 describes the processes, procedures, specifications and test procedures underpinning the equipment that can deal with the faecal sludge safely, reliably, sustainably and efficiently.

In essence, IWA 28 provides a framework that dovetails with the circular economy and embodies them both safely and sustainably. To that end, IWA 28 specifies requirements to ensure that there are the means in place to receive, store and then process faecal sludge in the FSTU. The minimum requirements include the need to use the faecal material as a fuel and for energy recovery, together with controls and limits on any air emissions, odour, noise and effluent. There are also requirements for the end products of process, for example when the treated faecal sludge is converted to material that farmers can use as a fertilizer.

For its part, “ISO 31800 is ‘technology agnostic’ and not specific to any one technology, such as sludge combustion, anaerobic digestion or other forms of biological or thermal system,” adds Kim. “We even have a research partner developing a technology that uses supercritical water oxidation. It depends on what is suitable for the environmental conditions, as long as the design of FSTU uses faeces as a fuel to kill pathogens, using the calorific value of the faecal sludge,” he adds.

The engineering firm Sedron Technologies from the USA is represented in ISO/PC 318 and developed the first prototype FSTU that evolved in synergy with IWA 28. Known as the “Omni Processor”, this technology uses sewage sludge as a fuel to both dry the sludge and then complete the process within the FSTU. This unique technology is fast on its way to revolutionizing the waste-processing industry. For example, a pilot plant was installed in Dakar, Senegal, in 2015 and has been successfully operating at that location ever since.

The aim now is to create standards to support a variety of technologies, in the hopes of replicating the Dakar success story. IWA 28 specifies very stringent requirements for process control, functionality, environmental impacts and certification. So what is the rationale for this? “The idea is to strike a balance between technical requirements to ensure pathogens are neutralized, together with the likelihood of acceptance in as many countries as possible, and supporting local customers such as utilities, governments and businesses,” explains Kim.

The forthcoming ISO 31800 will also help ensure that the performance of FSTUs is maintained for the long haul. “While the standard is written for the initial evaluation of manufactured FSTUs, elements of the performance requirements could be used to monitor the system’s long-term performance too,” he adds.

In many ways, the concept of an FSTU is a win-win, with the means to provide sanitation for areas that lack sewers connected to sewage treatment plants. There are also environmental benefits; as well as eliminating water pollution caused by untreated faecal sludge, FSTUs will also reduce climate change impacts. This is because untreated sewage ferments and then releases methane, which is a very powerful greenhouse gas – thirty times more powerful than carbon dioxide. “Instead of methane emissions produced from the natural anaerobic digestion of faecal sludge, direct treatment and conversion to carbon dioxide would have less impact on climate change. Also, since the carbon dioxide emissions would primarily be from consumed food, they are part of the ongoing carbon cycle and not a release of carbon previously locked in fossil fuels,” explains Kim.

But such solutions must be economically viable too, or manufacturers and potential users will not embrace them. So ISO 31800 will also provide a foundation for economic sustainability by providing the frameworks for testing and certification in addition to specifications for efficient, effective and economic operability. These factors, in turn, will give confidence to the buyers, operators and users of FSTUs. “From our perspective, sustainability has many different aspects. But for this standard to be far-reaching, it really must support viable businesses,” concludes Kim. And based on the experiences in Dakar, ISO 31800 has a strong potential to succeed.

This issue features new sustainable technologies and practices in a wide area of topics such as electrically propelled cars, safely managed sanitation and environmental management.