Building standards for the future we want 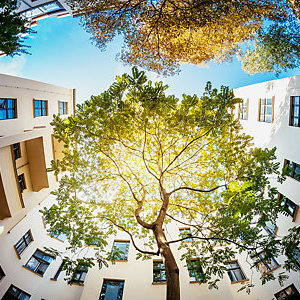 Despite the international community’s best efforts, extreme weather events and slow-onset climate change continue to wreak havoc on our lives and livelihoods. Adaptation measures, however, will help us prepare for the worst – and new ISO standards are filling a gap by providing a badly needed high-level framework, helping organizations to cope and adapt.

Ever since the first Earth Summit in Rio in 1992, the climate change mitigation race has been on. From summit to summit, governments everywhere were urged to put in place measures to bring greenhouse gas (GHG) emissions down, along with Earth’s temperature.

Solar panel incentive schemes, hydroelectric dams, wind farms, electric transport and recycling campaigns are just some of the ways the world is tackling the issue – and yet, according to The Emissions Gap Report 2017 published by UN Environment, total global GHG emissions continue to rise, although the rate of growth has decreased over the past few years.

We all continue to pay a high penalty, not only in fatalities and injuries from extreme weather events, but also in financial terms, with livelihoods lost, communities destroyed and massive rebuilding required. Last year, for example, was the costliest on record for insurance pay-outs from natural disasters, with the most expensive hurricane season ever known in the United States and devastating floods in South Asia.

Extreme weather, made worse by climate change, along with the health impacts of burning fossil fuels, has cost the US economy at least USD 240 billion a year over the past ten years, according to the report The Economic Case for Climate Action in the United States, published by the Universal Ecological Fund, a non-profit that disseminates scientific data to address climate change. 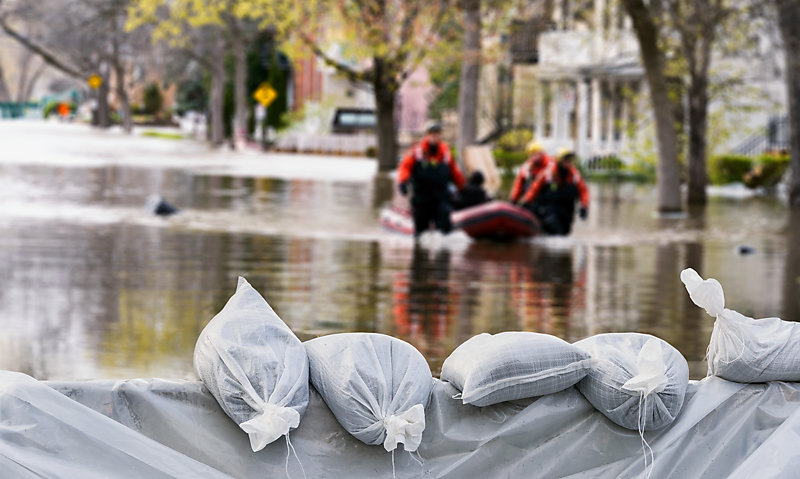 In the UK, extreme water events, such as droughts or floods, attributed to climate change, have been taking a toll on both communities and business. Anglian Water, the UK’s largest water and water recycling company, can vouch for that. “Over the last 40 years, there have been a number of droughts far worse than anyone had planned for, which had a big impact on our customers in terms of severe water restrictions,” said Christopher Hayton, Anglian Water’s Head of Public Affairs.

“At the same time, flood events are becoming far more difficult to predict, increasing risk, not only for our customers, but also for our own vital assets. These risks are being compounded by the rapid economic and housing growth that is forecast over the next 25 years.”

Urban migration, of course, is not just a challenge for the UK, it is a worldwide issue that will have a huge impact on global resources that are already under strain. Add to that the continued growth in the world’s population – projected to reach 9.7 billion by 2050, according to the United Nations Department of Economic and Social Affairs – and the pressure on our environment is not likely to lift any time soon.

There is no denying that the world needs to have measures in place to cope with the adverse weather effects this will bring. One important measure is adaptation to climate change, i.e. taking appropriate action now to prevent or minimize damage when disaster hits, helping to save lives and money.

Although adaptation plans are already in place in some countries, more needs to be done, according to Zelina Zaiton Ibrahim, Vice-Chair of ISO’s subcommittee SC 7, Greenhouse gas management and related activities, of technical committee ISO/TC 207, Environmental management.

At the United Nations Climate Change Conference in 2016 (COP22), one year after the Paris Agreement, USD 100 billion were pledged annually until 2020 to help developing countries, some of the worst affected by climate change, to both reduce their emissions and adapt to climate change. Of that, USD 20 billion will be dedicated to adaptation. Then at COP23 in 2017, a number of initiatives were launched to help countries adapt to the realities of climate change. One initiative is to help protect people living in Small Island Developing States from the health impacts of climate change; another is to improve the climate resilience of women in the Sahel region of Africa, between the Sahara and the Sudanian Savanna. 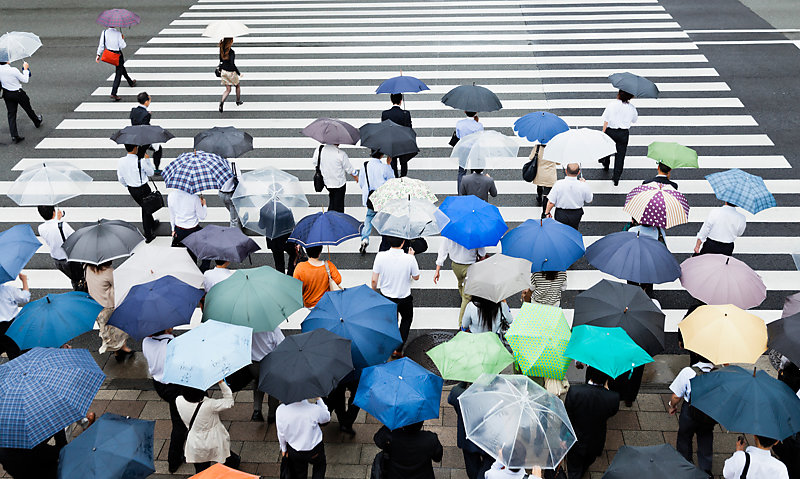 Governments and national authorities are also putting into place national adaptation plans, which often require businesses and industries to submit progress reports regularly. Japan, for example, launched its Climate Change Adaptation Strategy in January 2017 to contribute to the Paris Agreement, with many local governments developing their own adaptation measures to fit.

The Hyogo Prefecture, for instance, located in the Kansai region, whose capital is Kobe, has developed its own Plan for Promotion of Measures against Global Warming, which incorporates the national policies and takes into account the goals, target and action plan of the Climate Change Adaptation Strategy. To engage local residents, the Prefecture also held workshops to establish the true impact of global warming.

Hiroshi Koshio, Director of Hyogo Prefecture’s Global Warming Solutions Division, said: “By better understanding the impacts, we can better consider what adaptation measures individuals or local communities can take. Ultimately, we hope that the results will be incorporated into the future adaptation plan.”

Adaptation also makes good commercial sense and John Dora, of John Dora Consulting Limited, has a wealth of experience in this area. A consultant to governments, regulators, infrastructure operators and service providers on resilience to weather and climate change, Dora is also the Convenor of one of the working groups of ISO/TC 207/SC 7, involved in developing standards for climate change mitigation and adaptation.

“The disruption of an organization’s infrastructure by extreme weather damages both revenue and reputation,” he said. It can also have an impact on an organization’s duty of care and diligence. “Legally, heads of organizations have a duty of care and diligence and climate change is now seen as a risk that is both capable of causing harm and one that can be foreseen,” he said. “Therefore, directors should be considering the impact of climate change on their business, and failure to do so may bring liability for future losses.”

Anglian Water, for instance, considers this to be essential. It has invested over five billion pounds sterling in the past five years on schemes to build resilience and provide new infrastructure for growth. “We are now in the process of planning for the 2020-2025 period and will be investing even more in critical schemes and programmes to further our resilience to these challenges,” Hayton said. “To put it quite simply, if no action is taken to mitigate and adapt to the impacts of climate change, then it will not be possible to put enough water into the supply to meet the demand,” he added. 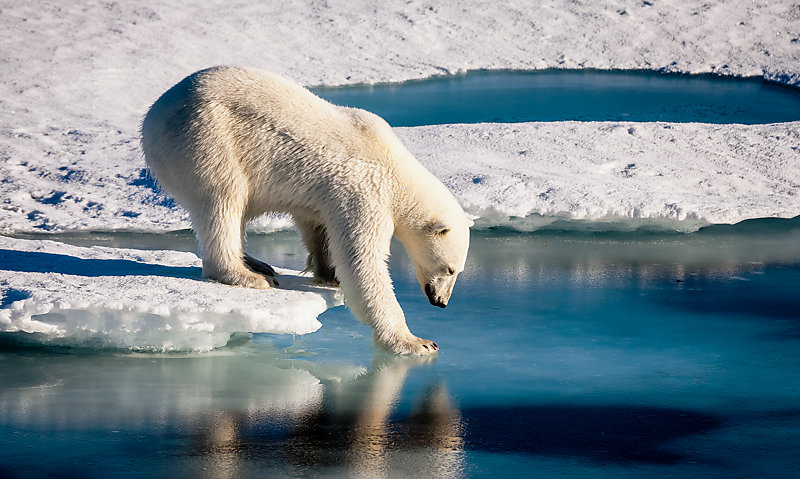 For Dora, resilience is key. To be considered resilient and “climate adapted”, organizations must embed the capacity for adaptation into all their functions, he said. They must have an understanding of how current and future weather conditions could affect their organization, and have operational and management strategies in place that enable it to respond, both in the present and over time, to climate challenges.

“Organizations need to have strategies in place to adapt to climate changes, ideally before climate change affects them,” he said. “And all of this needs to be part of ‘business as usual’, with the cost taken into account so that it ultimately only has a marginal impact on financial performance.” Not an easy task… which is why standards can help.

A vision and framework are needed to anticipate weather changes and their impacts, and to incorporate these, along with adaptation measures, into an organization’s operations and management strategies. Hence, work is under way on a series of ISO International Standards to do just that.

The future ISO 14090, Adaptation to climate change – Principles, requirements and guidelines, will help organizations of all kinds put in place a structure to help them prepare for changes in weather patterns and implement adaptation measures.

It will be useful to any organization wishing to better understand the vulnerability, impacts and risks to these changes, allowing it to improve its resilience through adapting appropriately. Complementary standard ISO 14091 for vulnerability, impacts and risk assessment and technical specification ISO/TS 14092 for local governments and communities are also in the pipeline. 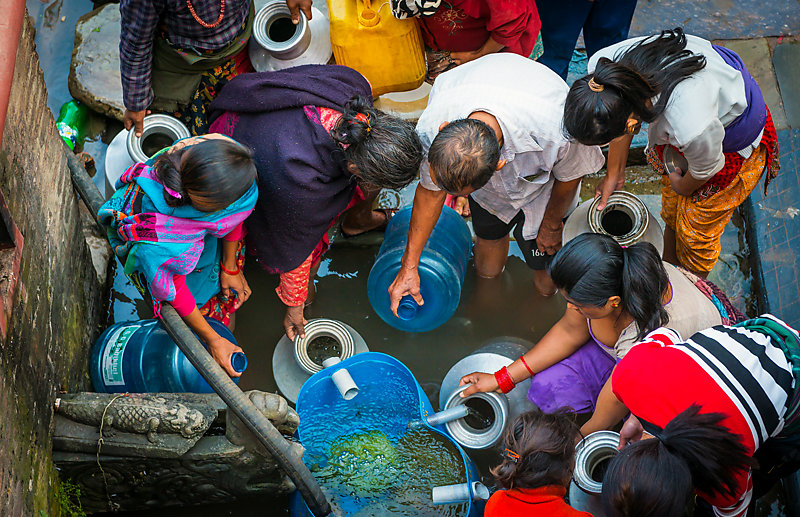 Dora believes the standards will fill an important gap. “The United Nations Framework Convention on Climate Change (UNFCCC) developed Annotated guidelines for the preparation of national adaptation programmes of action and Technical guidelines for the national adaptation plan process for least-developed countries,” he said. “But there is a gap in that there is no high-level framework for adaptation at, for example, organization or community level to support the guidance. The standards are being designed to help all kinds of organizations, regardless of how far they are in developing an adaptation plan.”

For the Hyogo Prefecture, the standards will make a big difference. “We expect the upcoming adaptation standards to support local governments to contribute to the Paris Agreement and implement effective adaptation measures,” said Koshio.

Anglian Water also expects to benefit, even though its adaptation plans and programmes are already well established. “We await with interest the publication of these standards,” said Hayton, “and feel that international standardization in this area will be a valuable tool to help organizations anticipate and adapt to climate change.”