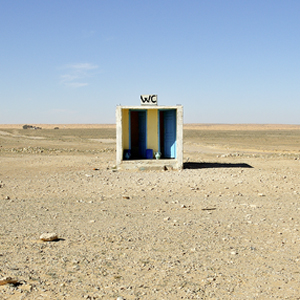 According to the World Health Organization (WHO), it is estimated that 2.3 billion people around the world have no access to safe, clean toilets, and where there are sanitation facilities, the waste is often not safely managed. The cost of lives is enormous, contributing to an estimated 280 000 deaths every year1), not to mention the detrimental impact on people’s well-being and the environment.

New technologies such as community-scaled faecal sludge treatment units, which essentially treat the waste at a community level even where there are no suitable wastewater treatment systems in place, are emerging to address this, providing a lifeline for many. Yet in order for this new technology to take off, internationally agreed guidelines are required.

As a first step, a new ISO International Workshop Agreement (IWA) has just been published, developed in partnership with the Bill & Melinda Gates Foundation and led by ANSI, ISO’s member for the USA.

IWA 28, Faecal sludge treatment units – Energy independent, prefabricated, community-scale resource-recovery units – Safety and performance, will help to facilitate the commercialization and expansion of such treatment units into the market, making them safer and more accessible to those who need them.

At the same time, a new ISO project committee – ISO/PC 318, Community scale resource oriented sanitation treatment systems – has just been formed. Bringing together international experts, it will build on the information and expertise gathered to develop IWA 28, a major step to help realize the potential of such technologies and, ultimately, save lives.

Raymond Lee, Chair of the workshop that created IWA 28, said the committee would draw on the more than 130 experts from 27 countries involved in its development to turn the IWA into a much needed International Standard.

“These sanitation treatment units have the potential to save many lives and improve the health of millions of people around the world, yet there is currently no International Standard that contains commonly accepted criteria by which to measure their performance,” he said.

ISO/PC 318 will build on the work done in the IWA to develop such a standard, which will allow this technology to gain greater traction and be implemented on a much larger scale where it is needed most.

The secretariat of ISO/PC 318 is held by ANSI, ISO’s member for the USA. IWA 28 is available from your national ISO member or through the ISO Store.