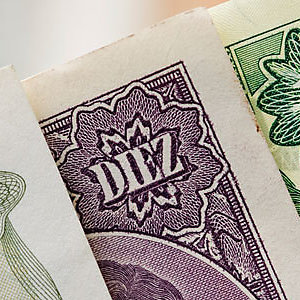 Bribery is a serious issue of our times, costing lives and eroding economies all over the world. A new ISO standard in development to combat bribery has just been given a strong vote of confidence, taking it to the final stage before publication.

According to the World Bank, around USD 1 trillion in bribes are paid each year, damaging economies and contributing to poverty worldwide. Much has been done by legislation and international agreements to tackle the problem, yet it still remains a significant concern.

It is little wonder, then, that the draft version of a new ISO standard in development, which aims to help organizations fight bribery, got an overwhelming 91 % vote of confidence from the ISO members involved in its creation.

ISO 37001, Anti-bribery management systems, is designed to help organizations implement effective measures to prevent and address bribery, and instil a culture of honesty, transparency and integrity. While it cannot guarantee that bribery will not occur, it can provide the tools and systems to greatly reduce the risk and help organizations deal with it effectively if it does arise.

Implementing ISO 37001 will also provide reassurance among investors and other stakeholders that an organization has an effective system in place to manage the risk of bribery.

Neill Stansbury, Chair of the ISO project committee developing the standard, said the strong result of the vote gave the committee even greater confidence in the standard’s ultimate potential.

“Bribery can be prevented if organizations in the public and private sectors, with genuine intent, implement effective controls.

“The overwhelming positive vote on the draft version of ISO 37001 gives us further confidence that it will be an effective tool to help organizations of all kinds take effective measures to combat bribery in all its forms.”

The draft version of ISO 37001 can be purchased from your national ISO member or through the ISO Store.

The final version of ISO 37001 is expected to be published later this year.