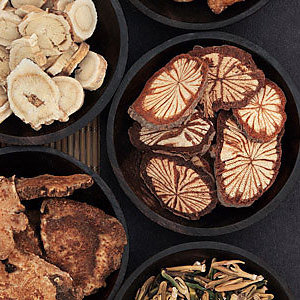 Africa has a tradition of using herbal medicine. For millennia, its people have healed the sick with herbal or animal-derived remedies, handed down through generations. Today, traditional (or ancestral) African medicine is still much more prevalent than its conventional Western counterpart. In fact, an estimated 70 % of the population in Africa uses traditional medicine for its primary healthcare,according to the World Health Organization (WHO). Itʼs no surprise, therefore, that Traditional Chinese Medicine (TCM) is rapidly gaining appeal.

South Africa is one of the countries on the African continent where the TCM market is comparatively well developed, with TCM clinics operating for more than 30 years. It is also one of the few countries that has made significant progress integrating traditional and complementary medicine, including into the legislative framework.

In 2000, the South African government went through the legislative process of recognizing the legality of TCM, including acupuncture. Since then, TCM doctors have been regulated by the Allied Health Practitioners Council – reporting to the Department of Health – while TCM medicines are regulated under the Complementary Medicines Regulations of the South African Health Products Regulatory Authority (SAHPRA) Act.

Due for a revival

With increasingly growing government support, TCM is a booming industry in South Africa. Today, TCM products are becoming increasingly available and accessible over the counter nationwide. And with an influx of these products – some of questionable quality – International Standards are more important than ever. This is where ISO technical committee ISO/TC 249, Traditional Chinese Medicine, comes in.

The South African Bureau of Standards (SABS), ISO member for the country, actively participates in the work of ISO/TC 249. It takes part in several of its working groups, including one dealing with TCM products at the raw material stage and another dealing with the manufacturing stage.

In 2013, SABS hosted the ISO/TC 249 plenary in South Africa with some 180 TCM experts from all over the world. It was an important event in many ways. On the one hand, it represented an opportunity for South African traditional healers to interact with TCM professionals from different horizons and observe discussions at the International Standards level. On the other, the outputs and expert opinions rendered at the plenary sparked renewed interest in the SABs mirror committee on TCM and, of course, in the creation of a technical committee for African Traditional Medicine.

Making traditional medicine truly mainstream – incorporating its knowledge into modern healthcare and ensuring it meets modern safety and efficacy standards – is no easy task and is far from complete. Developing ISO International Standards for TCM is therefore key, and of upmost importance, to:

Whether considered a complimentary treatment or a primary one, TCM is on the rise in South Africa and SABS is optimistic about its future prospects. ISO standards will be an important step in building the professionʼs reputation and prestige across South Africa and on the African continent. To this end, SABS continues to participate actively in ISO/TC 249, uses the TCM standards in development, and promotes the heritage passed down from Chinese ancestors so as to bring more healing possibilities to Africa and the world over.

So what are some of the issues affecting healthcare? We spoke to a number of experts to get their input on a handful of subjects.
Elizabeth Gasiorowski-Denis