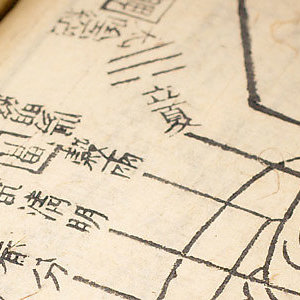 Despite being in existence for so long, Traditional Chinese Medicine (TCM) is still clouded in mystery and myths. Hereʼs one mystery revealed. The 2015 Nobel Prize in Medicine – awarded to a TCM expert for her anti-malarial Artemisinin – has ignited an intense sense of elevated hopes on the future and standards for the sector.

Say the words Traditional Chinese Medicine (TCM) and immediately many people conjure up images of ancient lost texts shrouded in superstition and mystery with doctor nonsense that works largely on the power of suggestion. Right? Not so.

From the claims of healing herbs to pain-reducing acupuncture, TCM takes a holistic approach to health and wellness and focuses as much, if not more, on the prevention of illness as it does on the treatment.

Originated from ancient China, this medical system is based on thousands of yearsʼ clinical experience, theory and technology and systematically documented in abundant classical texts, such as The Yellow Emperor's Internal Classic (Huang Di Nei Jing) and Compendium of Materia Medica (Ben Cao Gang Mu). Today, as many companies are discovering, TCM is also big business, both in China and many Western countries.

According to a 2012 report by market research organization IBISWorld, government support and increasing demand in China have driven TCM to unexpected revenues of USD 25.7 billion in 2012, up 14.8 % from 2011. The industry has grown by 20 % each year on average since 2007, and profitability has continued to rise as well.

And it is not just China and Western countries that are seeing growth. Africa is now Chinaʼs largest market for the export of medicinal products, both TCM and otherwise, thanks to low cost. In fact, in 2011 this ancient healing art was formally introduced into South Africaʼs healthcare system. This is pushing TCM from the fringes to the mainstream in terms of demand and acceptance.

What might seem unusual about her scientific work is that Tu began by looking to the plants used in traditional Chinese medicine. But it is far from the only time a cure has been found in this field and it is unlikely to be the last.

“Tu Youyou and her team developed an effective TM treatment for malaria, but only after following a process recorded in ancient Chinese medicine texts,” explains David Graham, Chair of ISO/TC 249, Traditional Chinese Medicine.

“It makes you wonder what period of time was required to discover the original treatment process. Such examples will assist the greater integration and acceptance of TCM within the health systems of countries.” But TCM is a slow-moving, contemplative discipline so this will take time. So how should we interpret this arguably seismic shift in international attention on TCM and how should TCM position itself to meet the challenges of the future?

The scrutiny of science

Tuʼs winning is an excellent example of TCMʼs great contribution to the cause of human health. While the 2015 Nobel Prize win has ignited an intense sense of elevated hopes for the future, doubts about TCM, and how TCM products are assessed for quality and safety, remain.

“There is a great risk of inferior practitioners or treatments in poorly regulated markets. This can undermine public safety, the reputation of TCM and its trade and commerce,” says Graham. He believes that a performance framework, ideally consisting of the registration of practitioners and the regulation of treatments, is the solution. It is not, however, the whole story. “Whatever performance framework is in place, ” he says, “ it must be supported by research and development.”

For Dr. Takao Namiki, Professor at the Graduate School of Medicine, Chiba University, Japan, medicine is about efficacy and safety, proven through scientific research. “While TCM is based on observation, it is most important to evaluate traditional medicine from a scientific perspective, looking at its effects on the body and whether the practices are helpful in symptom management.”

By consolidating TCM scientific basis and clinical practice, standards will serve as foundations for its future integration into tomorrowʼs medicine. While some countries have standards, processes and regulations in place for TCM practitioners and products, many others do not. The industry still remains fragmented.

A question of efficacy

This makes the need to maintain quality, safety and efficacy of these traditional practices and products even more important for ISO/TC 249, which is diligently working on various projects to establish International Standards for the TCM industry.

The main scope of the committeeʼs work is to develop standards on TCM raw materials and products, quality and safety of medical equipment, information and terminology and TCM-related services. So far, its efforts have led to the publication of five International Standards in the last two years:

With 30 projects under development and 12 new work item proposals, the committee is set to make great progress in the coming years.

The committee has made great efforts in increasing cooperation with other international organizations, explains Yuandong Shen, Chair of Shanghai TCM Doctors Associate, and Secretary of ISO/TC 249. “We believe that our collaboration with relevant organizations will help us realize complementary advantages, share resources, and cooperate for mutual benefits in TCM medicines.”

Recently, the WHO issued its WHO Traditional Medicine Strategy 2014-2023. The document aims to support member states in developing proactive policies and implementing action plans that will strengthen the role traditional medicine plays in keeping populations healthy.

It builds on work the WHO has undertaken over the past decade to investigate and strategize on the future of traditional medicines around the world.

With the global growth of TCM, governments, industry experts and companies around the world are focusing their endeavours on how to use TCM more scientifically, safely and effectively.

The market need for TCM standards is unprecedented, explains David Graham. “International Standards are increasingly important in the environment of trade agreements between countries or regions. These will help harmonize requirements, thus removing barriers to trade, define acceptable performance and provide a resource for countries and others to use.”

International Standards have the capacity to enhance TCM trade and industry growth, explains Dr. Sun-mi Choi, Professor at the Korea Institute of Oriental Medicine and Convenor of one of the many working groups of ISO/TC 249. “The safety and quality of raw materials, manufactured products and medical devices used in TCM need to be ensured,” she says. “Developing a standards framework will not only benefit patients, but expand the industryʼs success even further.”

According to Shen, the pharmaceutical industry is a special sector where the absence of a global regulated practice for TCM has become the obstruction for cross-border trade and quality safety control in the field.

“The International Standards being developed will help provide a technical basis for government regulations, market supervision, industrial management and the delivery of quality and efficient public services. Together, they will lay a solid foundation for better, quality services and protect human health.”

So how, then, do standards help? To put it simply, TCM standards impact TCM clinical practice, products and equipment in the various links from technical development, raw material procurement, processing and production to sales and after-sale services as well as internal management of the industry.

The bottom line is that there is no magic cure or one solution that fixes everything. It takes a good balance to create the foundations for good health. TCM is a map to holistic healing, no matter what predicament a patient finds themself in at any given time. More importantly, Chinese medicine may have much to offer in terms of things we can do to prevent illness and disease, optimize our health, and enhance our well-being.

Ask yourself this. Do you think Chinese medicine would have survived for more than 3 000 years and spread to every corner of the globe if it wasnʼt a powerful, complete system of healing?

Whatever oneʼs views or skepticism, standards to support public health, safety and trade are needed more than ever. The road to a TCM standards framework may not be quick (or painless), but itʼs more or less the path that all agree should be taken. The end result will not look anything like a 16th-century Chinese medicine cabinet, but the benefits will be far more palatable to regulators, scientists, doctors, the TCM industry and, of course, patients worldwide.

So what are some of the issues affecting healthcare? We spoke to a number of experts to get their input on a handful of subjects.