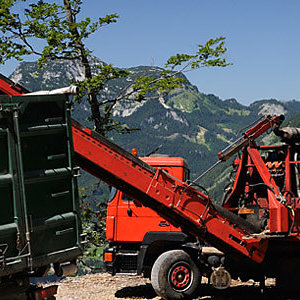 Halving global energy‐related CO2 emissions by 2050, a target set by the international community, will require doubling the generation of renewable energy by 2020. Solid biofuels, fuels derived from biomass or renewable waste feedstocks, are by far the largest renewable energy source, so are likely to play an important role in a low-carbon future.
To help answer this need, the global production of solid biofuels has been growing steadily over the last decade but has not been traded on an equal and harmonized basis at the international level.

A need for clarification

At present, there are a number of different testing methods available to attest to the quality of solid biofuels, and various practices to characterize the products. For a supplier trading internationally, this can mean multiple tests or results that cannot be compared.

To answer the need for clarification at an international level, ISO is working on a series of International Standards on solid biofuel specifications and classes. This will provide concise and unambiguous criteria and methods for the characterization of solid biofuels.

Eija Alakangas, project leader of this series of standards, explains to us how important they are for the market.

What will be the benefits of using the standards?

During 2013 an estimated 24 million tonnes of pellets were consumed, of which about 30 % to 35 % were traded in bulk internationally. We have had solid biofuel standards in Europe and in the USA, in particular for wood pellets, briquettes and wood chips. Also, several test methods have been used. If you trade your solid biofuels internationally, you have to complete a number of tests to prove the quality of your fuels and, as things stand today, you cannot compare results because they have been derived using different methods. Now, by using international fuel specification and classes standards (ISO 17225 series), sampling and testing methods, the same quality classification and testing results can be applied worldwide.

Who are these standards for?

The standards are intended for all stakeholders working in the solid biofuels supply chain, including fuel producers, traders, end users, authorities and policy makers. These standards will serve as a tool to enable efficient trading of solid biofuels and foster a better understanding between seller and buyer, as well as for communicating with equipment manufacturers.

What were the main challenges you encountered when developing these standards?

The main challenge for biomass fuels is that they are not homogeneous. The properties of biomass differ depending on the raw material. There are also different national interests and practices behind the production of solid biofuels. The ISO 17225 series determines specifications and classes based on the origin and source of the solid biofuel raw materials: woody, herbaceous, fruit, aquatic biomass and blends and mixtures. Then, for each traded form like pellets, quality properties were selected separately but origin and source and moisture and ash content were specified for all traded forms.