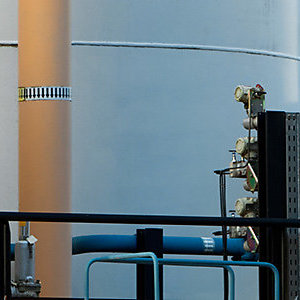 Hydrogen is a significant source of energy which can be burned to produce power with no negative impact on the environment, unlike power produced by burning fossil fuels. Hydrogen gas can be easily produced by splitting water into its constituent elements – hydrogen and oxygen.

In a new paper in the journal Nature Chemistry published earlier this year, scientists at the University of Glasgow outline how they managed to replicate the way plants use the sun’s energy to split water molecules into hydrogen and oxygen at separate times and at separate physical locations.

Experts heralded the importance of this discovery, saying it could make hydrogen a more practical source of energy.

What does this mean for the hydrogen industry ? Is the hydrogen age finally upon us ? ISOfocus sits down with Dr. Andrei Tchouvelev, the new Chair of ISO/TC 197, Hydrogen technologies, to discuss thought-provoking ideas about the future of hydrogen and the most pressing challenges for standards.

ISOfocus : What needs to take place in order for hydrogen technologies to become more widely used ?

Andrei : The speed of hydrogen age – to use hydrogen scientist and engineer David Sanborn Scott’s term – will depend largely on energy and environment policies at the local, regional and international levels.

There are people, including myself, who claim that hydrogen does not have a level playing field. Hydrocarbons still benefit from significant government subsidies, either open or hidden. Hydrogen, including hydrogen fuel cells, presents an obvious solution to both economic and environmental challenges. But in this dire economic climate, the environment is not a top priority. Times are changing though. The recent resurgence of natural gas as the bridging technology (to hydrogen) for energy needs indicates that positive changes are on the horizon. In addition, the tremendous recent advances in hydrogen fuel cells for material handling purposes and the steady course of car makers and industrial gas and energy companies, which are working to bring hydrogen fuel-cell vehicles to market within a 2015-2020 time frame, suggest that the hydrogen age  may come within our lifetime !

As the new Chair of ISO/TC 197, what are your primary areas of focus ? Are there new or different things you would like to see covered by International Standards ?

As the new Chair, I am very fortunate to have Jim Ferrero from BNQ, our committee’s Secretary by my side. Jim and I have worked together for nine years in similar roles for the Canadian ISO/TC 197 national mirror committee. So I am very pleased that we can now continue our col­laboration at the international level.

In September 2012, when Jim and I took over the committee, we quickly realized that we needed to focus on two key areas :

With strong support from the committee’s participants, we have now implemented a new structure that takes care of these key areas. Collaboration, team work, evidence-based and best practices are the four keywords that are driving our work. These measures allow us not only to improve internal collaboration, but also to increase stakeholder participation by attracting new liaisons and cultivating old ones.

Standardization is a powerful tool. It’s also a double-edged sword. It can foster innovation but, if used incorrectly, may also hinder progress. What many people don’t realize is that standardization faces the same chicken-and-egg  dilemma experienced by hydrogen vehicles and its infrastructure roll-out. What should come first ?

For example, a premature prescriptive standard based on work-in-progress practices and limited knowledge may actually hinder progress and innovation, particularly in new technology areas. Hydrogen is no exception. Used by industry for over a hundred years, hydrogen has a different outlook today with new market opportunities and a wider user base. This requires an innovative approach to ensure hydrogen technologies reach their maximum performance without compromising on safety.

In my opinion, the focus for now should be on component standards, where the requirements are largely independent of local conditions. And when it comes to infrastructure roll-out support, timely guidance consisting of knowledge and best practice would serve as a useful tool for both industry and regulators. This would leave time to field-test these recommendations and promote best practices without overly restricting innovation and experimentation. The winning options could then be formalized in an International Standard.

How did your interest in hydrogen technologies develop ? What possibilities of this technology excite you most ?

I think I was just very lucky. Thirty years ago, I was hired as an assistant in science and technology by one of hydrogen economy’s “ international fathers ”, Prof. Valery Legasov. To qualify, I wrote two essays, one on hydrogen production by water electrolysis and the other on hydrogen safety. These two areas later became the focus of my professional career.

The remarkable possibilities of hydrogen as a universal energy carrier fascinated me from the outset. The classic hydrogen economy model developed in the 1970s consisted of coupling nuclear power and water electroly­sis to generate hydrogen during off-peak hours, when electricity demand is low. It would then use hydrogen to generate electricity during peak hours, when cost is highest. This model, otherwise known as peak shaving, avoids the need for load following by nuclear power plants and helps replace hydrocarbons (oil and gas) in peak electricity production.

The beauty and resilience of this concept is that it works equally well with renewable energy sources (RES). Hydrogen is a perfect and smart way of storing RES energy that could later be distributed or/and used on-site as the need arises. No other option presents such a unique combination of energy storage and energy carrier opportunities.

The remarkable possibilities of hydrogen fascinated me from the outset.