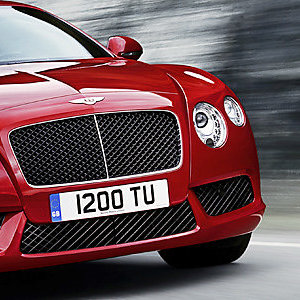 Bentley, one of the most famous automotive marques, combines fine craftsmanship with engineering expertise and cutting-edge technology to create some of the world’s finest motorcars. However, the company’s pursuit of excellence does not stop with the turn of the ignition key. Energy management is a fundamental area of focus and Bentley Motors has now become the first United Kingdom automotive plant to implement and certify to ISO 50001:2011, Energy management systems – Requirements with guidance for use.

For Bentley, leadership is not just about being the major player in the high-end luxury automotive sector, it is also about leading the sector in other aspects – skills, employment and, increasingly, environmental performance.

Like any competitor, we are judged on results. Our track record, however, is good. We were one of the first UK plants to achieve ISO 14001 certification for environmental management, the first in our sector to set out a clear strategy for reducing our impact on the environment, and we are now the first UK automotive plant to certify to the new ISO 50001 energy management standard.

For Bentley to achieve these certifications, and be the first in its sector to do so, is no mean feat. Unlike most car companies, all Bentley’s operations – from design through engineering and production and on to sales and marketing – take place at a single location in Pyms Lane, Crewe, in the United Kingdom.

This historic site dates back to 1938, when its initial purpose was to build the famous Merlin aeroplane engines for the Royal Air Force (RAF) during the Second World War, followed by the switch to car production in 1946. The takeover of the company by Volkswagen in 1998 saw a period of sustained investment both in new products and facilities, but most of the buildings themselves are remnants of another era.

Today. the company employs around 4 000 people at the Pyms Lane site, producing high performance luxury cars for established markets in Europe and the USA, as well as emerging markets such as China and South America.

The challenge has always been, therefore, to bring the famous plant up to the standards of 21st century motor manufacturing. Achieving ISO 50001 certification is proof of this commitment.

As Bentley’s car production increased ten-fold between 2002 and 2007, there was no commensurate increase in our environmental impact, meaning that energy costs per vehicle plummeted over the same period, helping the bottom line.

ISO 50001 implementation was the logical next step. To fulfil the requirements of the new International Standard, we began by conducting a gap analysis, the basis on which our improved energy monitoring system (EnMat) was developed. This system runs in real time providing detailed information on energy usage across the site, monitored by the environmental management team and distributed to local energy champions. From this we are able to observe energy output.

One interesting initial result was the higher than expected amount of energy being used in our offices, so by monitoring we have been able to target these areas and develop local energy targets. This has provided us with an easy opportunity to reduce energy consumption. Another advantage of our new energy monitoring system is that it offers the ability to identify changes in energy use not only at site level, but also by technology area. Any spikes in energy from a particular area can now be investigated in the same way as any other incident.

Once the overall analysis was completed, a series of initiatives were undertaken such as improved heating and lighting, better controlled boiler and compressed air systems, greater insulation, and more efficient variable speed drives on new cars.

The introduction of an ISO 50001-based system has also influenced our approach to energy management. We now calculate our payback rates differently, not just by costs, but also by carbon costs. When purchasing new machinery, the preferential options will always be those recommended by the UK’s Carbon Trust, which allows us to benefit from certain tax incentives.

We have also enhanced communication across the site by establishing energy champions. Energy review meetings are held monthly, with representation from senior management levels, so information is readily available across the company. This also ensures that a level of energy management is established from top to bottom.

The results of these activities have been significant. Between 2000 and 2010, the energy used on site for each car produced was reduced by two thirds, and by 14 % for the overall site. This has delivered savings of 230 GWh of energy – or in real terms – enough to power 11 500 houses for a year. These performance figures have been verified in a complex audit carried out by independent certification body Lloyds Register Quality Assurance.

Beyond energy management, Bentley is also reducing the impact of the plant on the environment in other areas. The company’s waste recovery and recycling strategy is currently achieving a recycling rate of 77 %, quickly approaching Bentley’s target of 80% recycling. Water usage is also being reduced, for example in the body coating process where consumption has been halved over the past decade and where we have plans to improve this performance still further.

The impact of the site on the local environment is also seriously considered. One aspect of this involves minimizing vehicle traffic in the Pyms Lane area where our site is based. The company’s award winning “ green travel policy ” provides incentivized alternatives to driving to work as the single occupant of a car. Despite being a car company with a generous car scheme (although not providing Bentleys !), around 19 % of employees cycle to work.

Of course, society will always judge Bentley on the environmental performance of its products. Developing our models to make them more environmentally efficient is therefore fundamental to our future product plans. This was the rationale behind our environmental strategy announced in 2008.

With 2012 as a target, we promised to reduce the fleet average CO2 emissions from Bentley models by 15 %, to introduce flexfuel compatibility, and to develop a new powertrain that, in itself, will deliver a 40 % improvement in fuel economy. I am delighted to say that all of these commitments have either been delivered or, in the case of the fleet emissions, exceeded.

Our dedication and determination to reduce energy has never been just a paper exercise. It is a determination shared by the entire workforce. Everybody at Crewe has undertaken to manage and monitor their use of energy, since we share a responsibility to the community in which we live and work. This is an area where Bentley likes to lead and one in which we will continue to lead.